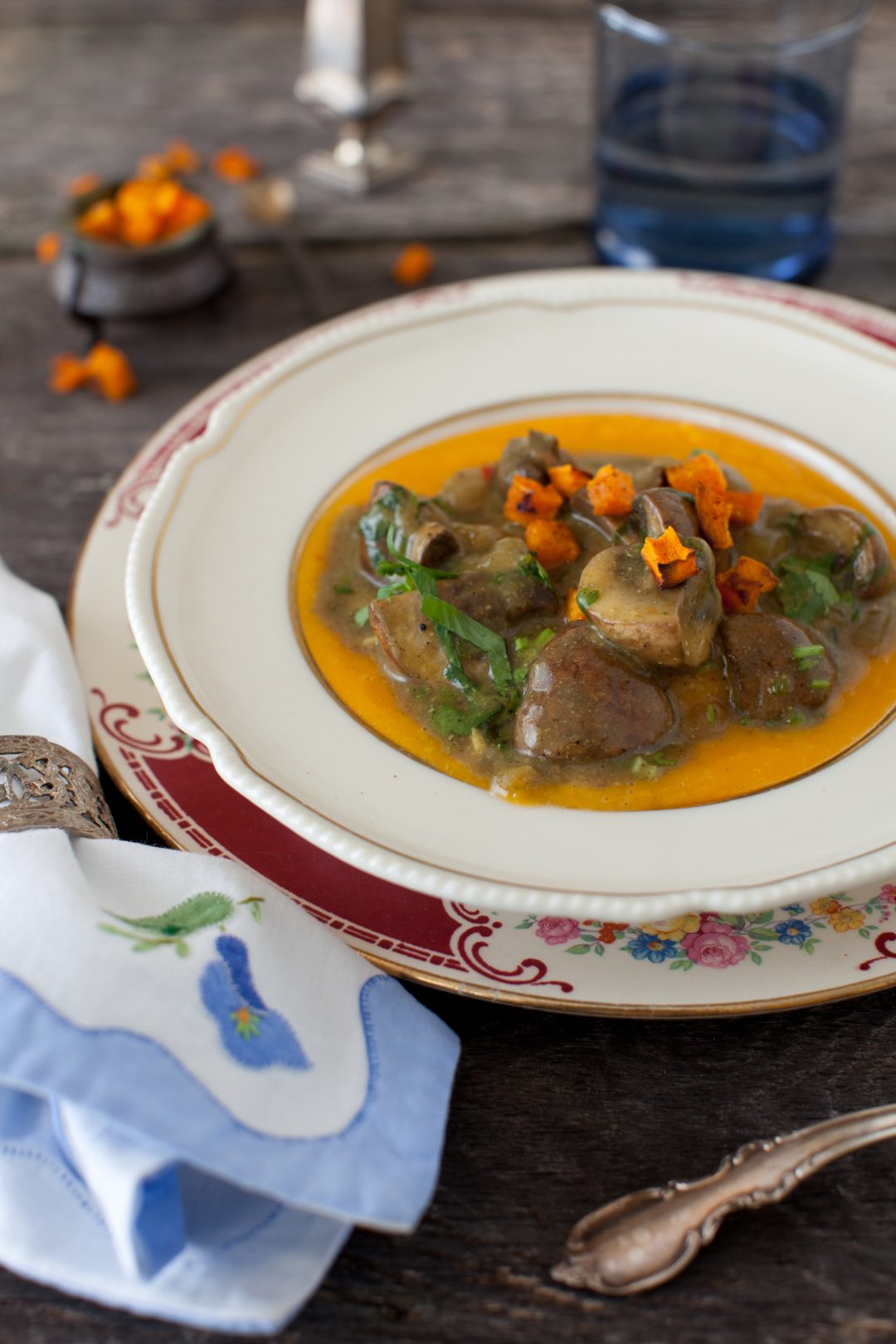 A little history about pumpkins from “the Frugal Gourmet Cooks American”

“We received the gift of the yellow gourd from the Indians, of course. When European explorers hit the New World they found the Native Americans eating all kinds of squashes, but the pumpkin was a favorite. The white men thought the pumpkin to be a form of giant melon. They were partly right, as the pumpkin belongs to the family Cucurbitaceae, which also includes cucumbers, gherkins, and melons. The wild ancestor of the grate orange vegetable goes back to the Aztecs, Incas, and Mayan peoples, who enjoyed eating the rich seeds. The pumpkin spread north and was common by the time of European exploration, and the seekers of New World took the squash back to Europe with them. But it remains an American vegetable, absolutely American.

The uses that we found for pumpkin in the old days where wonderfully varied and formed a basic part of our diet. The pumpkin was among the most common foods of the settlements and an old verse proves their indispensability:

For portage, and puddings, and custards, and pies,
Our pumpkins and parsnips are common supplies.
We have pumpkins at morning and pumpkins at noon;
If it were not for pumpkins, we should be undone.“ 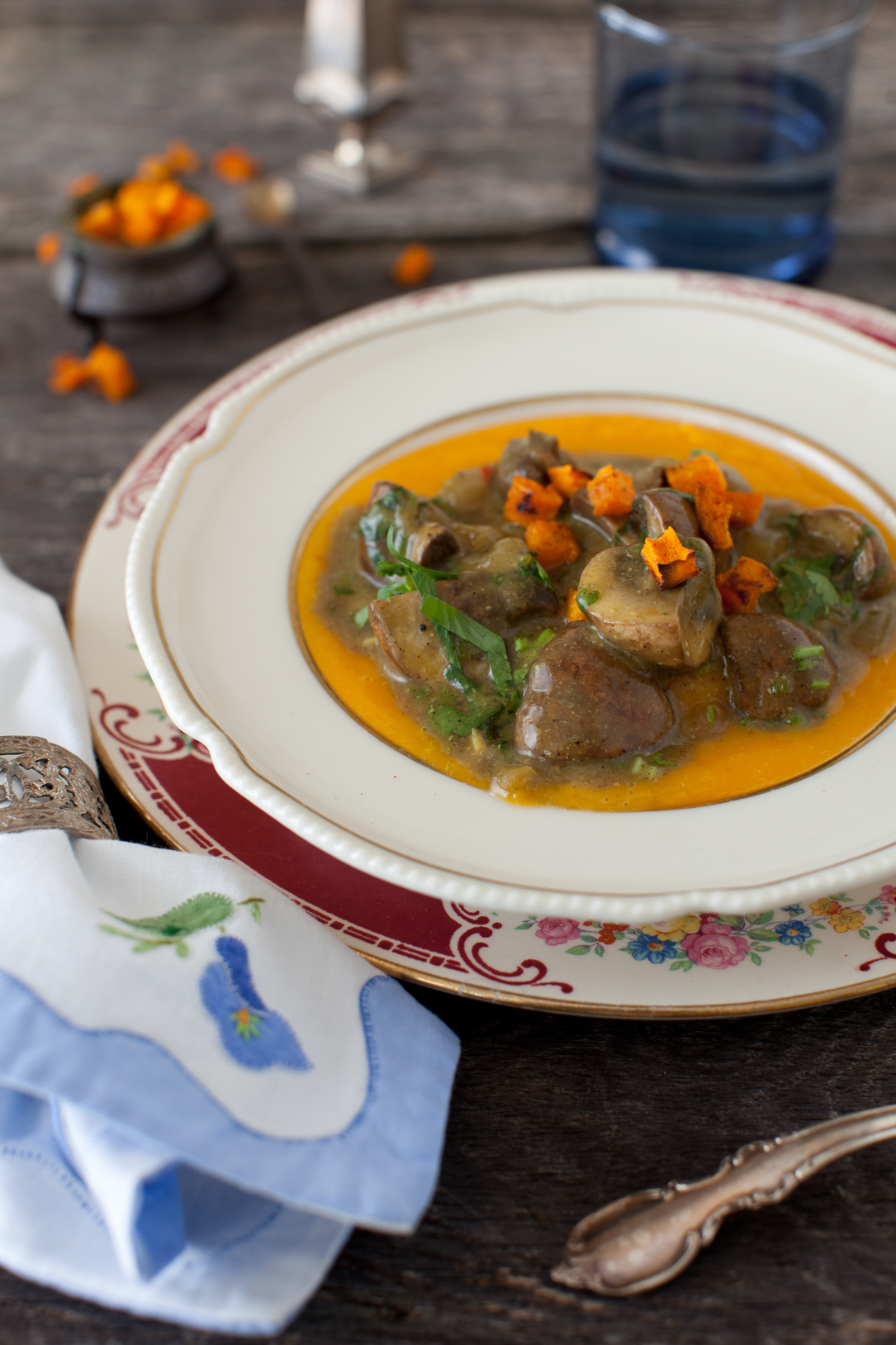 For the mushroom sauce:

Place the oil in a large saucepan over high heat. Add the onions and sauté until they begin to brown, about 2-3 minutes. Add the garlic, ginger, and chiles, and sauté for another minute. Add the curry, coriander, cardamom, and cumin and stir for another minute. Add the mushrooms and the coconut milk and stir well. Simmer for 15 minutes. Remove from the heat when thickened. Season to taste and add the cilantro.

For the pumpkin puree:

Bring about 3 quarts (or more if need it to cover the pumpkin) of lightly salted water to a boil. Add the butternut squash, cover, and cook until the squash is soft when pierced with a fork, about 15 minutes. Drain the squash, place in a food processor, and proceed until well pureed. Add the milk and blend until the mixture is smooth. Place the puree in a saucepan and reheat, stirring. Add salt and pepper to taste and keep it warm.

For the roasted pumpkin:

Spread the diced pumpkin out on a baking sheet. Season with salt and pepper. Roast until all the cubes are cooked through and golden brown, about 15 minutes.

Save the pumpkin seeds for the kids! Wash the seeds and dry them. Place them in a large heated frying pan along with some olive oil, and toast until they begin to show a few very tiny brown spots on the husk. Add a bit of salt and cool. These are great snacks and they are good on salads or in soups.

There is something exciting about food cooked in coconut milk. Typically, the effect comes from the edition of several assertive spices – such as coriander, cumin, and cardamom – in conjunction with this rich liquid. Ginger and hot peppers are added to give zest and dimension. 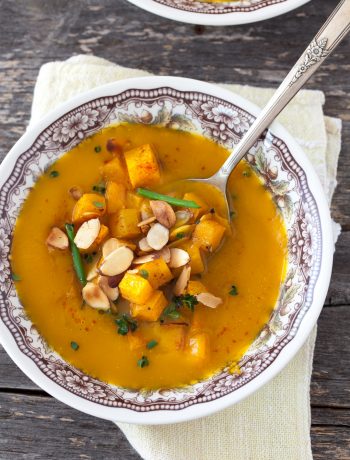 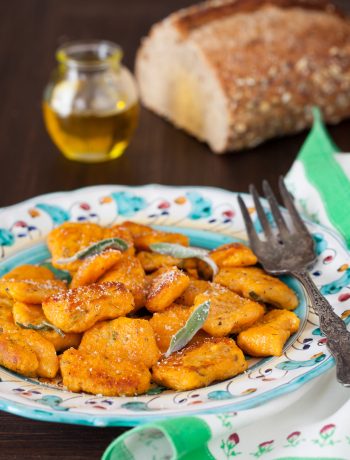 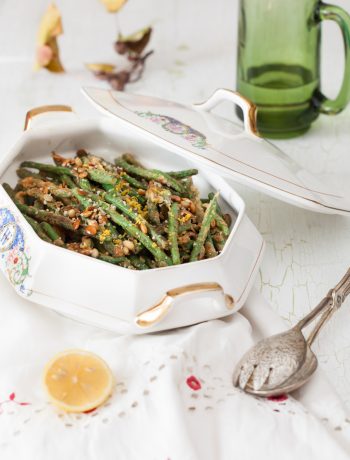