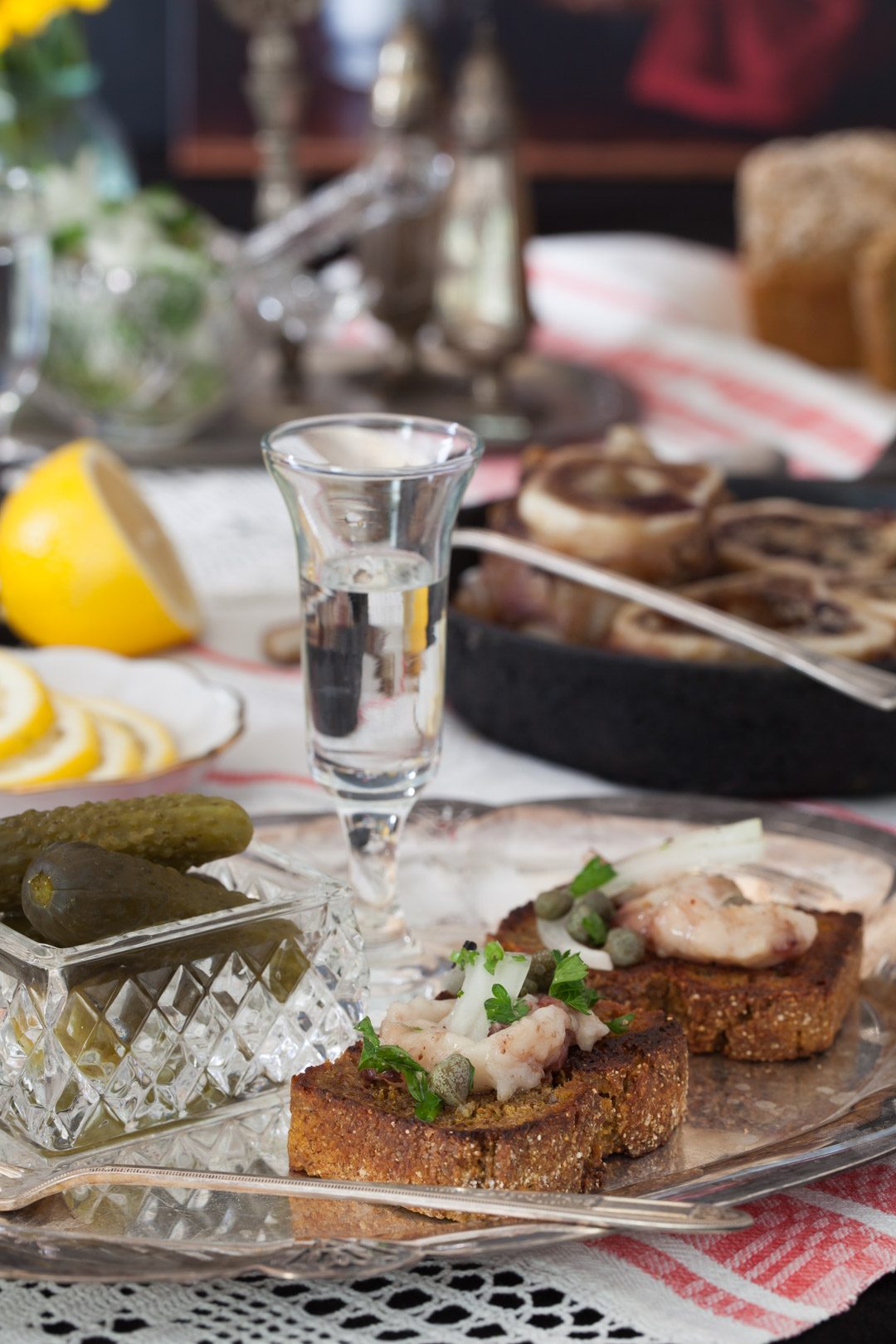 Every ethnic Russian has an opinion about this drink, but let’s not rush with naming vodka a “national drink”, since it has been introduced in Russia by foreigners. The only justification for the term “national” is the level of this drink consumption. Usually, opinions about vodka differ drastically – some people like it and some can’t stand it. There is a view out there that vodka is a rough drink not suitable for ladies and it has to be drunk in one gulp after getting it freezing cold. Unfortunately, this view is quite wide-spread, but it is nevertheless completely wrong.

The culture of vodka consumption has been practically ruined by the series of historical events in Russia over the course of the last hundred years.  The barbarian habit to snack drink after vodka instead of having an actual snack speaks volumes. General impoverishment as well as cultural degradation have played and are still playing the major role in the destruction of traditions when gastronomy has been simply held hostage by the unfortunate historical changes that are still unfolding to date.

Let’s discuss how vodka and snacks for it must be properly served at the dinner table. Due to fall season at its peak, this would be especially appropriate. First, the order of snacks is something that has been established over the course of centuries. Cold appetizers (zakuska) are our starter:

Now, we are reaching the culmination – hot Moscow zakuska for vodka, roasted bone marrow on a toast. Bone marrow is somewhat of a delicacy as well as natural remedy, it is full of minerals. Not so long ago bone marrow was considered medicinal and it is widely used in Tibetan medicine to the day. It is very easy to cook and a perfect companion for it on your table is onion salad seasoned with sunflower oil and herbs. Bon appétit! 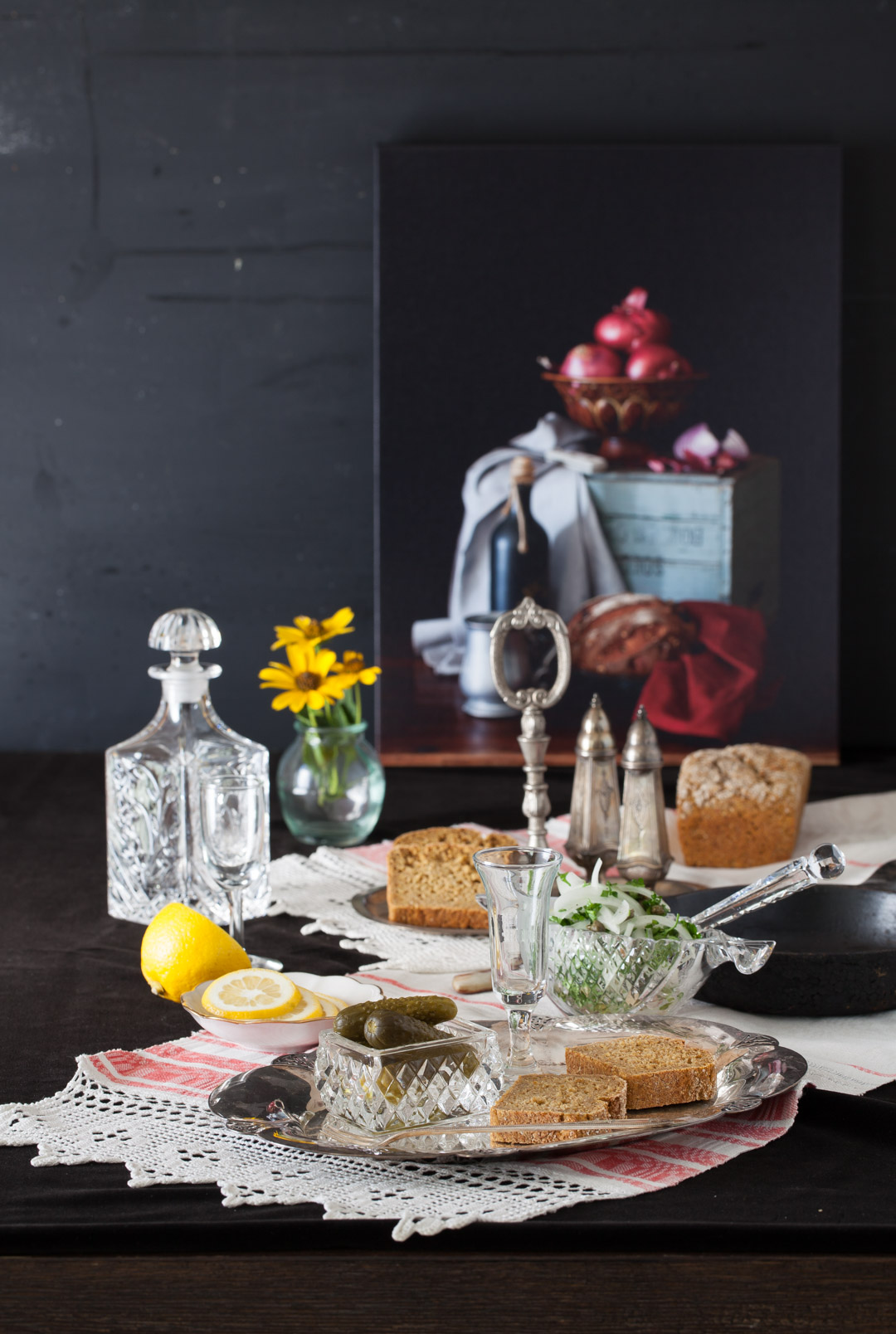 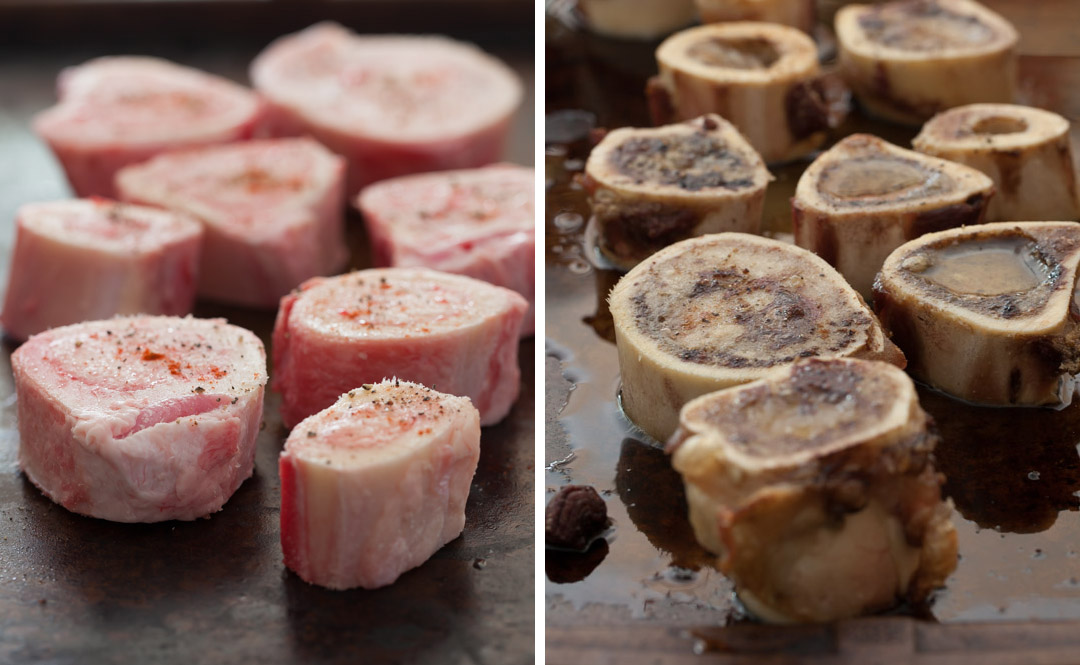 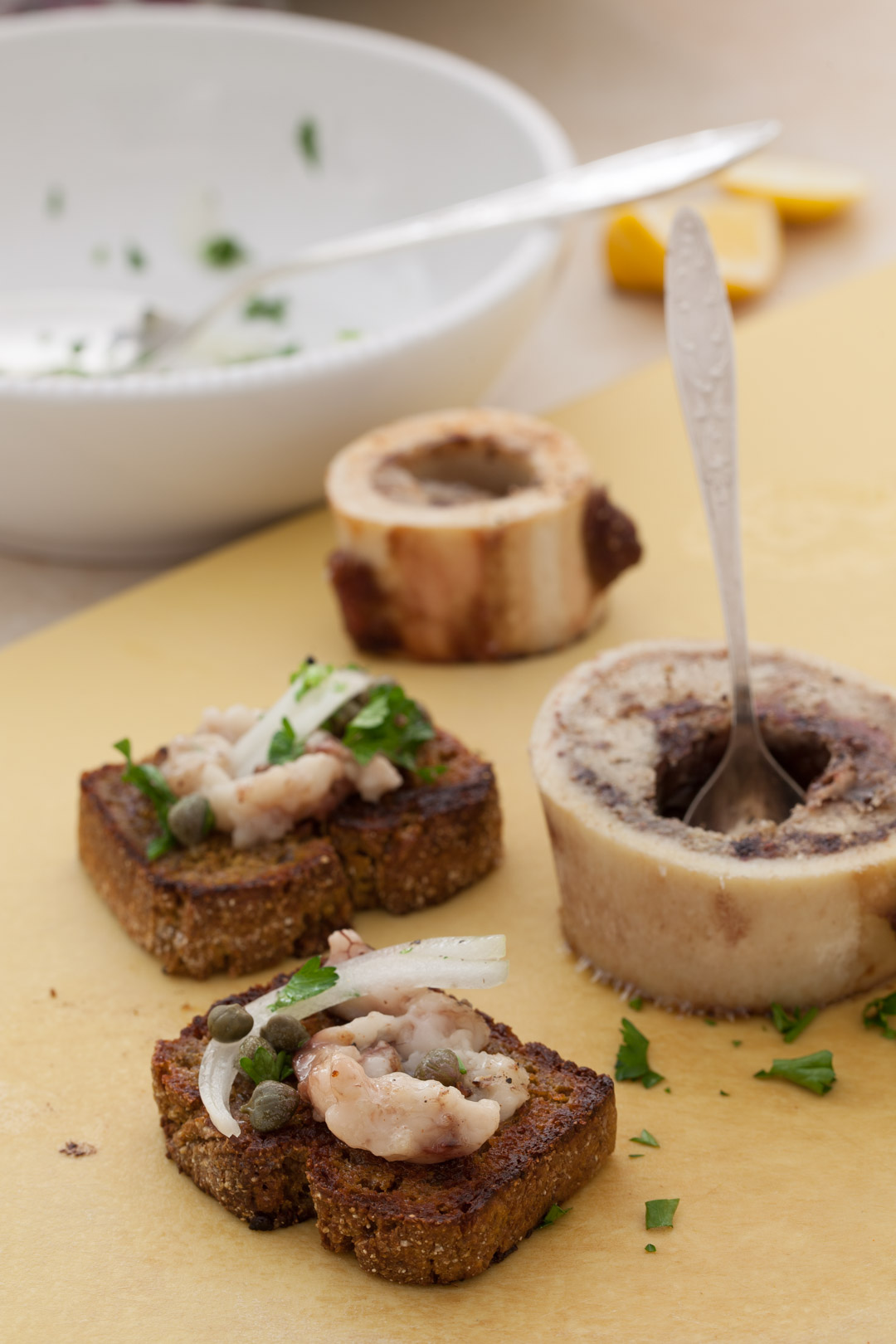 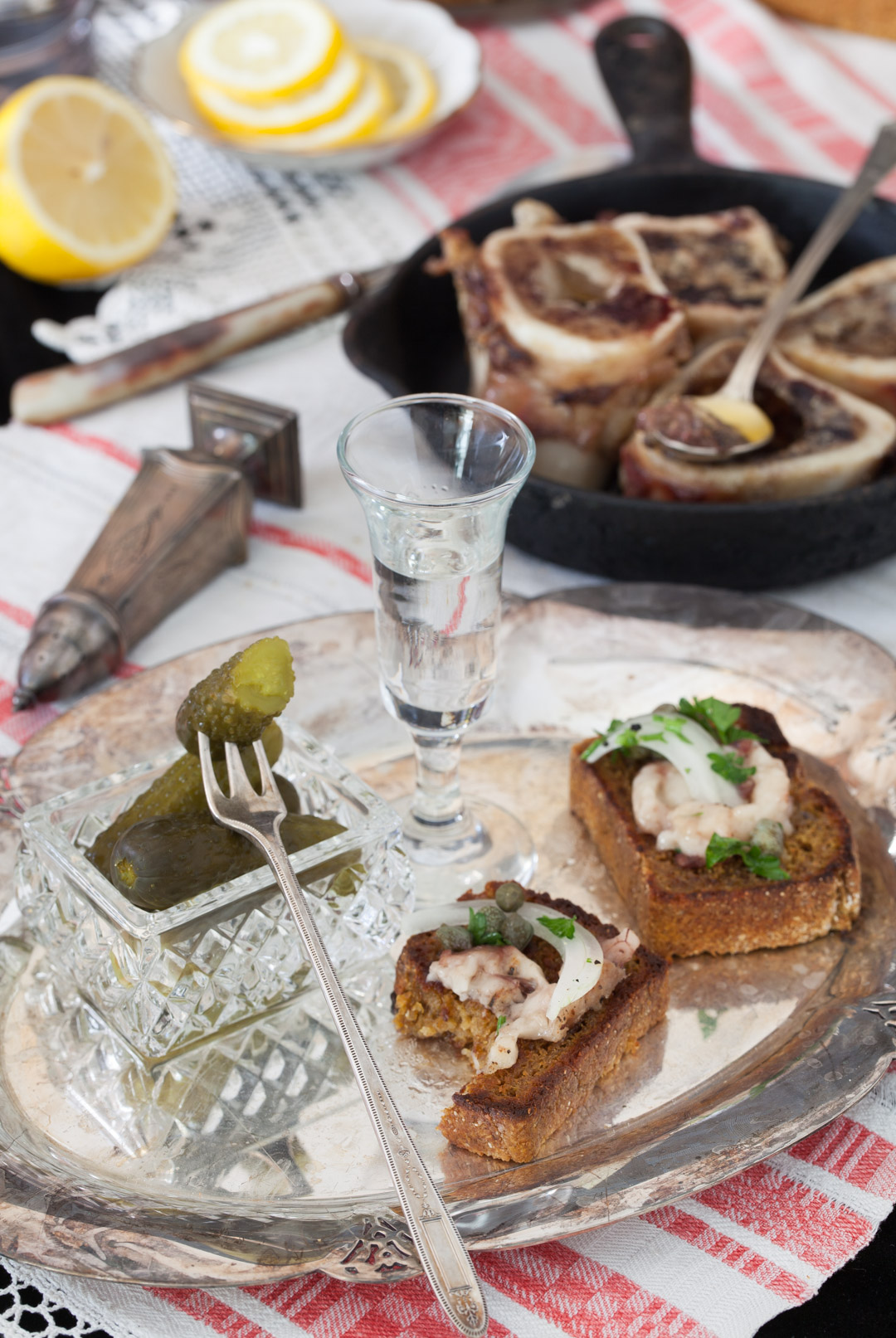 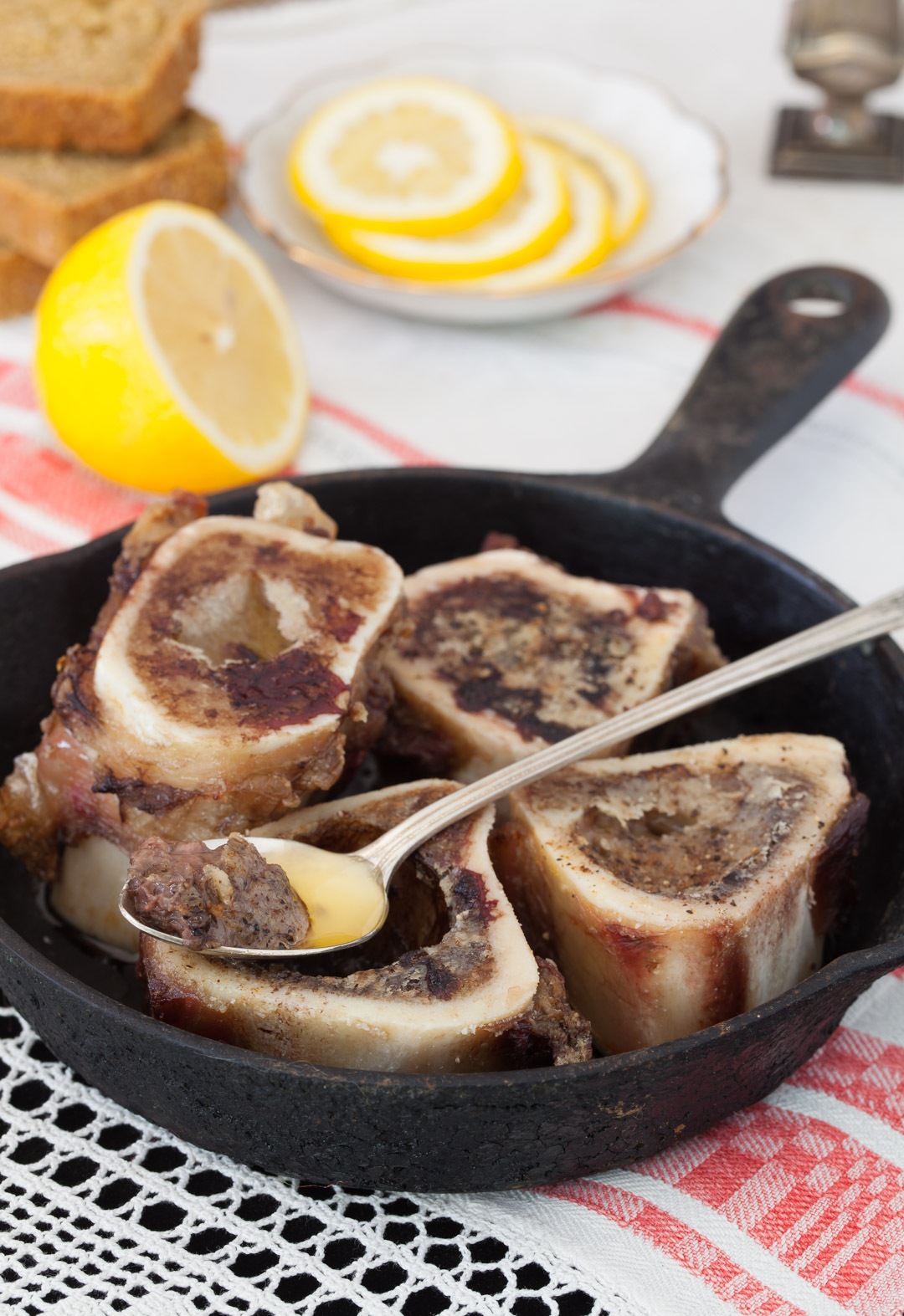 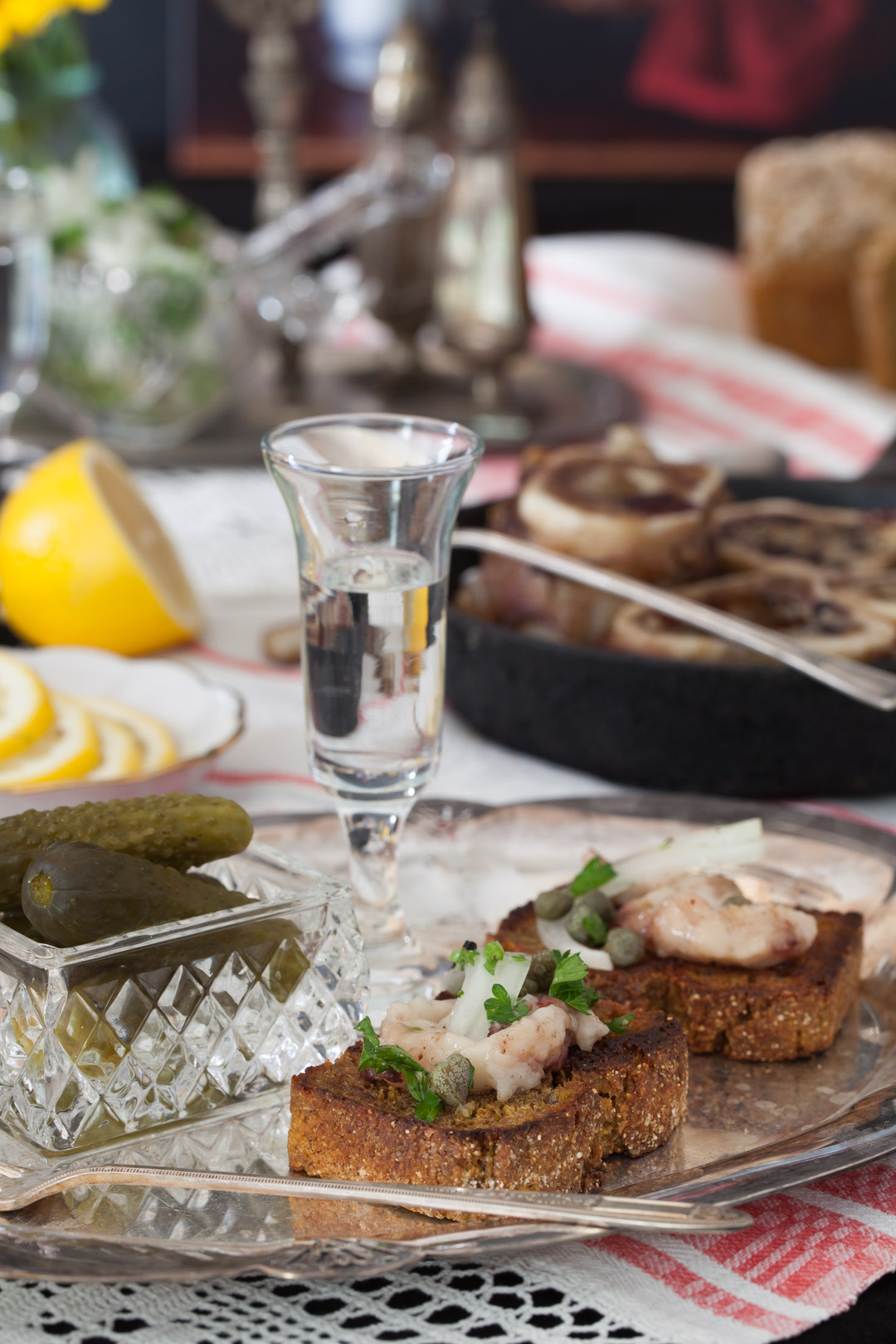 For this recipe, use beef marrow bones. A lot of major grocers will carry them. If you can’t find them, try a Whole Foods or butcher shop and talk to the folks behind the meat counter. They will help you.

Preheat your oven to 450F. Stand the bones up on a baking tray. Sprinkle with salt and pepper and roast for about 20 minutes.

To make an onion salad: in a medium bowl mix together the chopped parsley, onion, and capers. Drizzle in the sunflower oil and lemon juice. Sprinkle with salt to taste.

When the bones are done, take them from the oven. Scoop out a little marrow with a coffee or dessert spoon. Spread it on a piece of toast and top with a little onion salad. Don't forget a shot of vodka! Do you like them or you LOVE them?-) 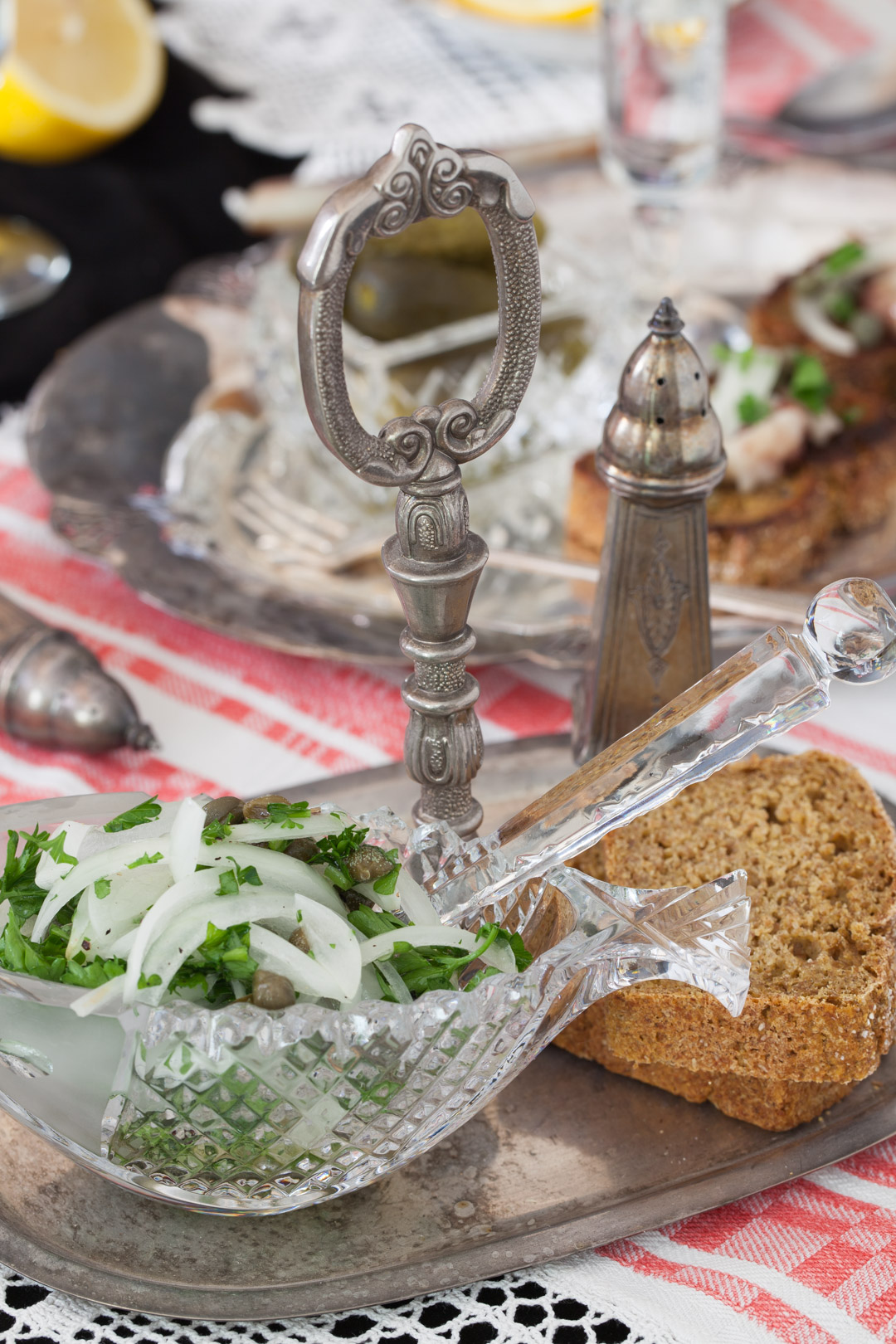 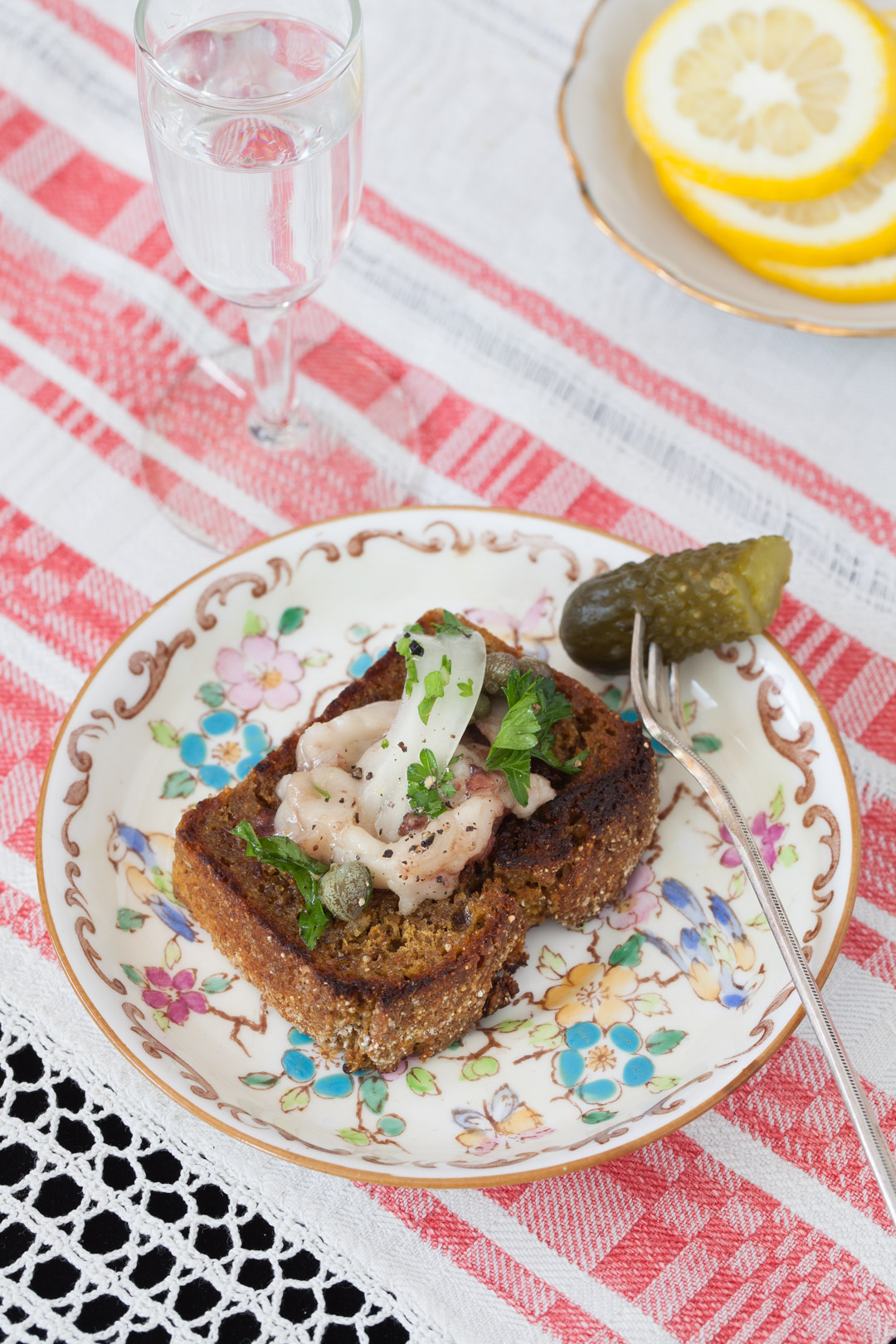 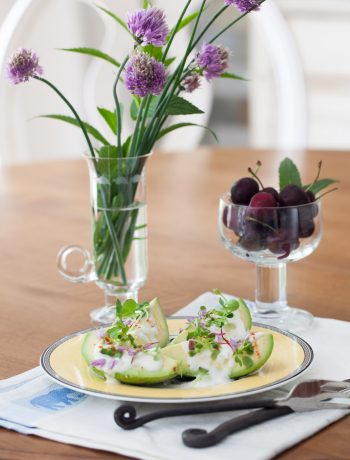 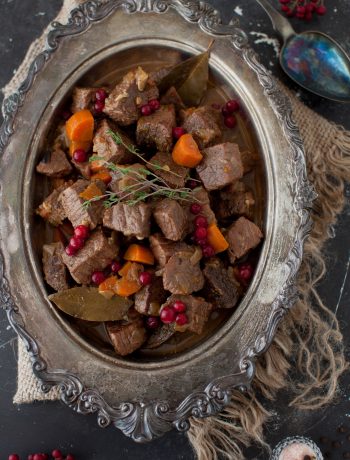 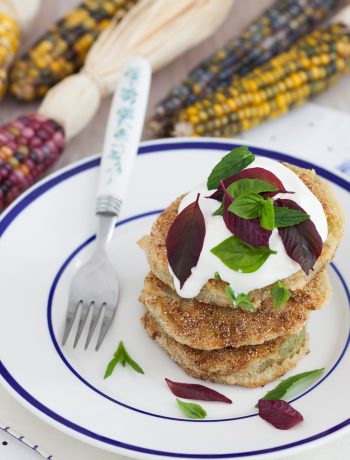