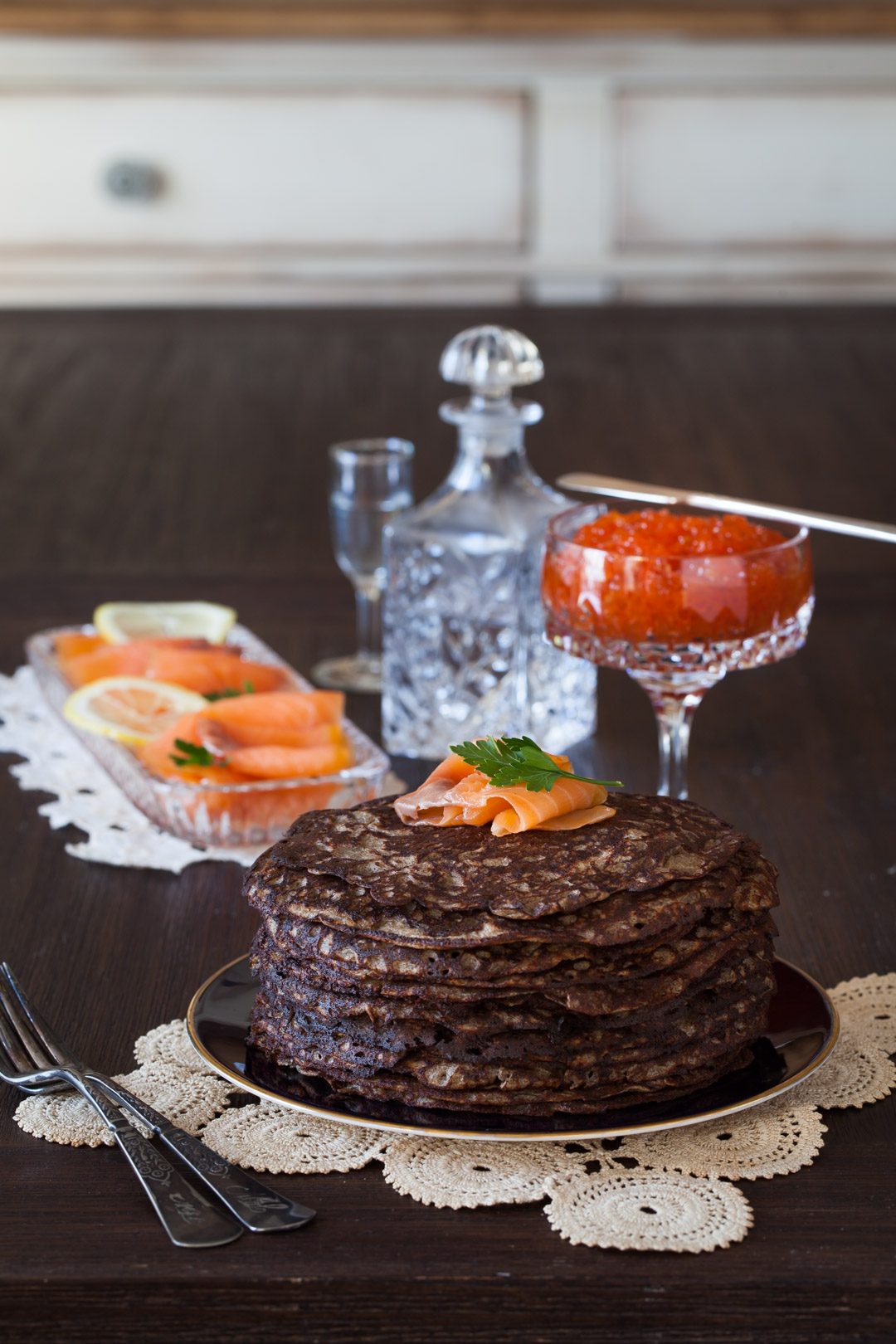 Shrovetide (or “maslenitsa” in Russian) is celebrated in the last week before Christian Orthodox Great Fast, seven weeks before Easter. Shrovetide is the holiday preserved by Slavic peoples from pagan (pre-Christian) times. Those days it was called differently when just like many other nations, ancient Slavs had traditional feast associated with winter wires and meeting of spring. At the time this feast was associated with the name of Veles – god of fertility and livestock in ancient Slavs pantheon. This holiday represented the awakening of nature from winter sleep and marked the beginning of the work in the fields. Also, the feast table must have been plentiful and very hearty as it was meant to manifest the hope for the harvest year. Time of this holiday has always been cheerful and it was believed those who refuse to be merry would end up living “in bitter trouble” for the rest of the year.

After the adoption of Christianity in Russia, this holiday has remained a special time of the year, even though it was considered peoples rather than Church holiday. During 16th century name “maslenitsa” got firmly attached to this fun season which lasts seven days. Church statutes prohibited eating of meat during these days and only dairy (including butter) and eggs were allowed. The main staple of the “maslenitsa” food was pancakes. Last meat leftovers from the slaughter of livestock before Christmas were cooked and consumed on last Sunday before “maslenitsa” (so-called “Carvery Sunday”). It was customary for every father-in-law to invite his son-in-law to “finish up the lamb” on the last Sunday before Shrovetide. That was also the day to visit relatives, friends, and neighbors.

Shrovetide has always been a happy and much anticipated time. It had all kinds of nicknames – fair, broad, bold, fat, cheese week. Carnival lasts seven days and each of them has its own special name and meaning.

Every Shrovetide begins on Monday. Swings and slides for children were built especially for this day and tables with sweets were prepared in advance. In the morning children were making and dressing up a straw doll representing Shrove herself. In villages, people were going from house to house singing special carols while housewives were starting to bake pancakes. The first pancake was always given to the poor in remembrance of the dead and then children were treated with pancakes too. Finally, in the afternoon everyone was heading out for fun snow slides. Typical carol words were something like this:

Shrovetide, Shrovetide,
We rejoice in thee,
We ride the mountains
And indulge on pancakes!

The first day of snow fun was only for children. Adults were joining them later in the week. Snow slides were associated with the omen – those who would slide furthest down the snow slope would grow the best flax in summer.

The second day of Shrovetide was a day for newlyweds. Few weeks before the holiday there was a customary time for weddings and now, shortly after, all new couples were invited to snow slides and expected to roll down the hill fast and far. The day continued into the evening with feasts and pancakes were served at every home. The saying used to invite guests for the second day of Shrovetide was “our slides are ready and pancakes made – we kindly welcome you!” On this day young men were also on the lookout for brides and the girls were furtively checking out bachelors.

On this day every mother-in-law was expected to invite her son-in-law for pancakes. Saying “in-law’s pancakes” stuck around in Russian language exactly due to Shrovetide. Young couples were expected to dress up on this day like for their wedding. All neighbors were joking around about unmarried men and girls as being “out of luck” this year since they have remained unmarried and in villages they had to undergo “punishments” from which young men ransomed with treats – pancakes and sweets.

This day had a nickname of “wide quarter”. On this day the whole of society has been celebrating Shrovetide with feasts. For the entertainment public used to gather to watch organized outdoor fist fights. Snowball battles on the walls of snow forts were another fun thing to do. You can see the fun of this day depicted by such classic Russian painters as Kustodiev (“Assault on the snow town”) or Surikov (“Shrovetide”). In villages straw doll of Shrove was placed on the highest visible spot – usually a hill or pole and villagers dressed up in all kinds of funny clothes.

This day was the time for a son-in-law to invite his mother-in-law for pancakes. The invitation had to be made on Thursday, and it was customary for a mother-in-law to send all necessary kitchen supplies such as pans, a kit for the dough etc to her son-in-law’s house. Feast of the large extended family on Friday night was symbolizing respect for the wife’s side of the family.

On Saturday Shrove straw doll has been carried to the outskirts of the village or town and burnt on the large bonfire. This ceremony was accompanied by singing of carols and dancing. Jokes were mixed with seriousness since for the next fun week like this one would have to wait for the whole year.
Lastly, on Saturday night it was turn for every sister-in-law to invite guests for dinner.

Sunday always preceded the Great Fast and hence it was customary to ask for forgiveness from each other with words “Please forgive me if I am to blame before thee” followed by the traditional response “God forgives”.  All sins, insults, and wrongdoings were supposed to be forgotten and forgiven. It was a day to visit a cemetery and leave freshly baked pancake on the graves of ancestors. Famous Russian poet and our contemporary Andrei Dementyev wrote about this day:

Forgive all those who can not be forgiven,
Who paved with slander others paths.
The Lord taught not be harsh with loved ones,
We all get reconciled in earth…

Variety of signs and omens were related to Shrovetide. The first pancake has always been eaten with a dedication to the souls of ancestors. Another ritual pancake must have been eaten in the honor of spring and fertility of the earth. The symbolism of the pancake is closely related to round sacrificial bread of ancient pagans for whom round shape was a symbol of the sun. Another famous custom was a divination of the future spouse name. A young girl was supposed to treat a male stranger with one of the first pancakes of the holiday and find out his name – that was supposed to be the name of her future husband. 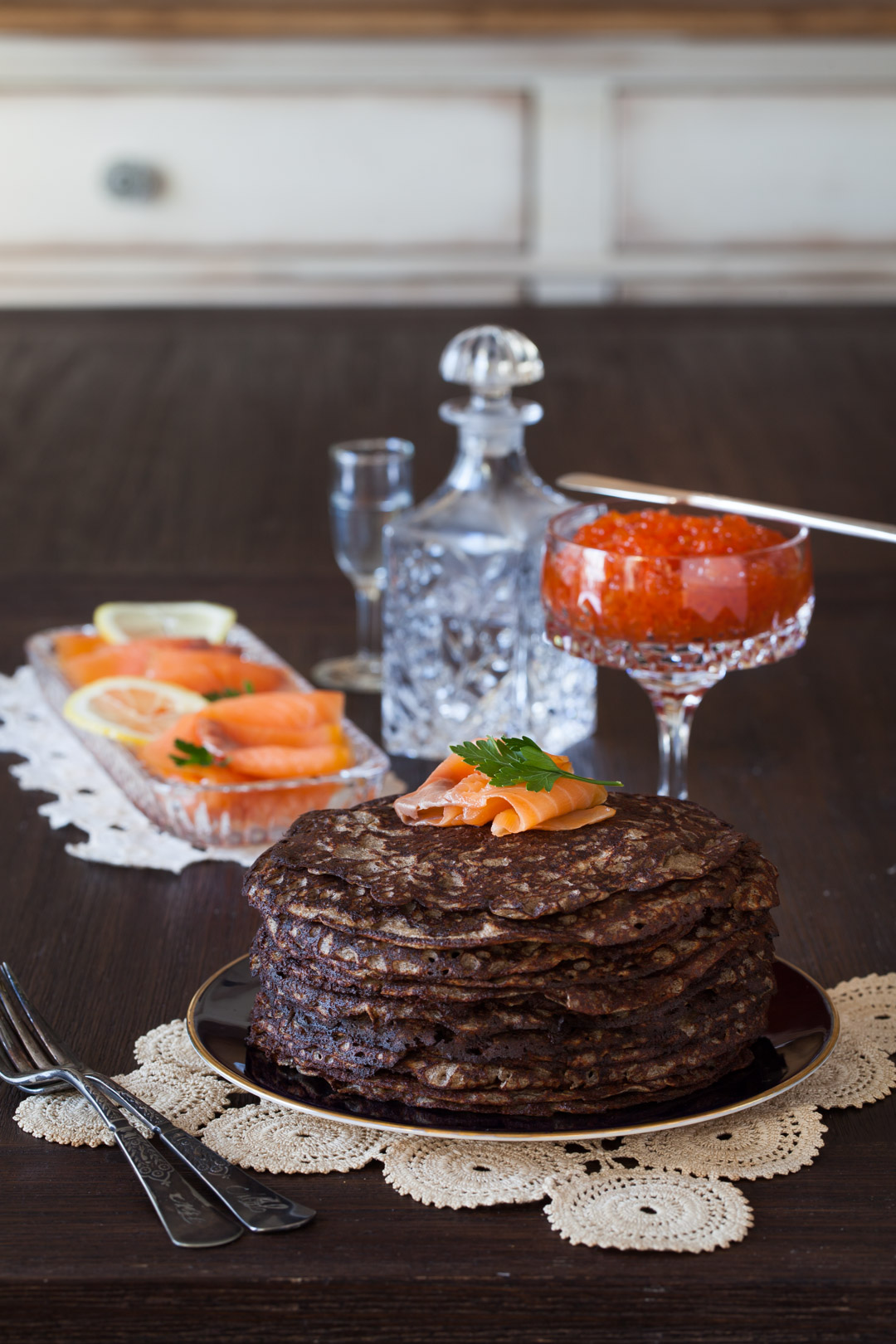 Add a little warm milk, and sugar to the yeast and put aside. Break the eggs and separate the yolks from the whites. Sieve together the two kinds of flour over a bowl, and make a well in the center. Add a pinch of salt and the yolks of the eggs and mix with a wooden spoon. Carefully pour in the milk and yeast mixture and work together till you have the consistency of a thick pancake. Allow rising for 2 hours.

Lightly grease the bottom and sides of your small pan with a thick base. Pour in the dough, using a ladle, so as to cover the bottom. Cook like ordinary pancakes, turning ones. Serve hot with slices of finely cut smoked salmon or red or black caviar. 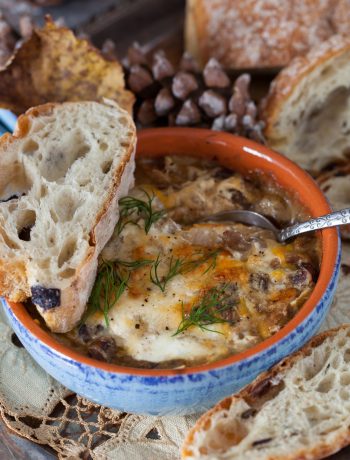 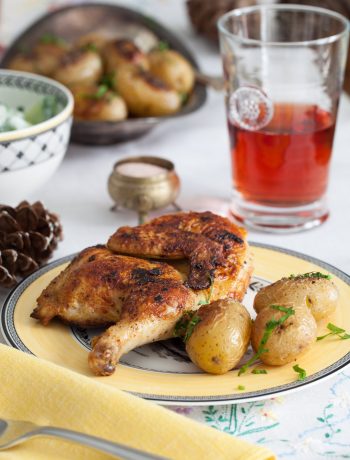 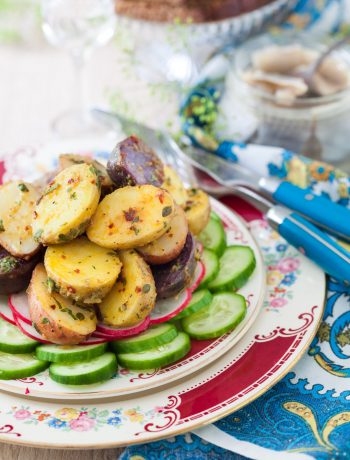