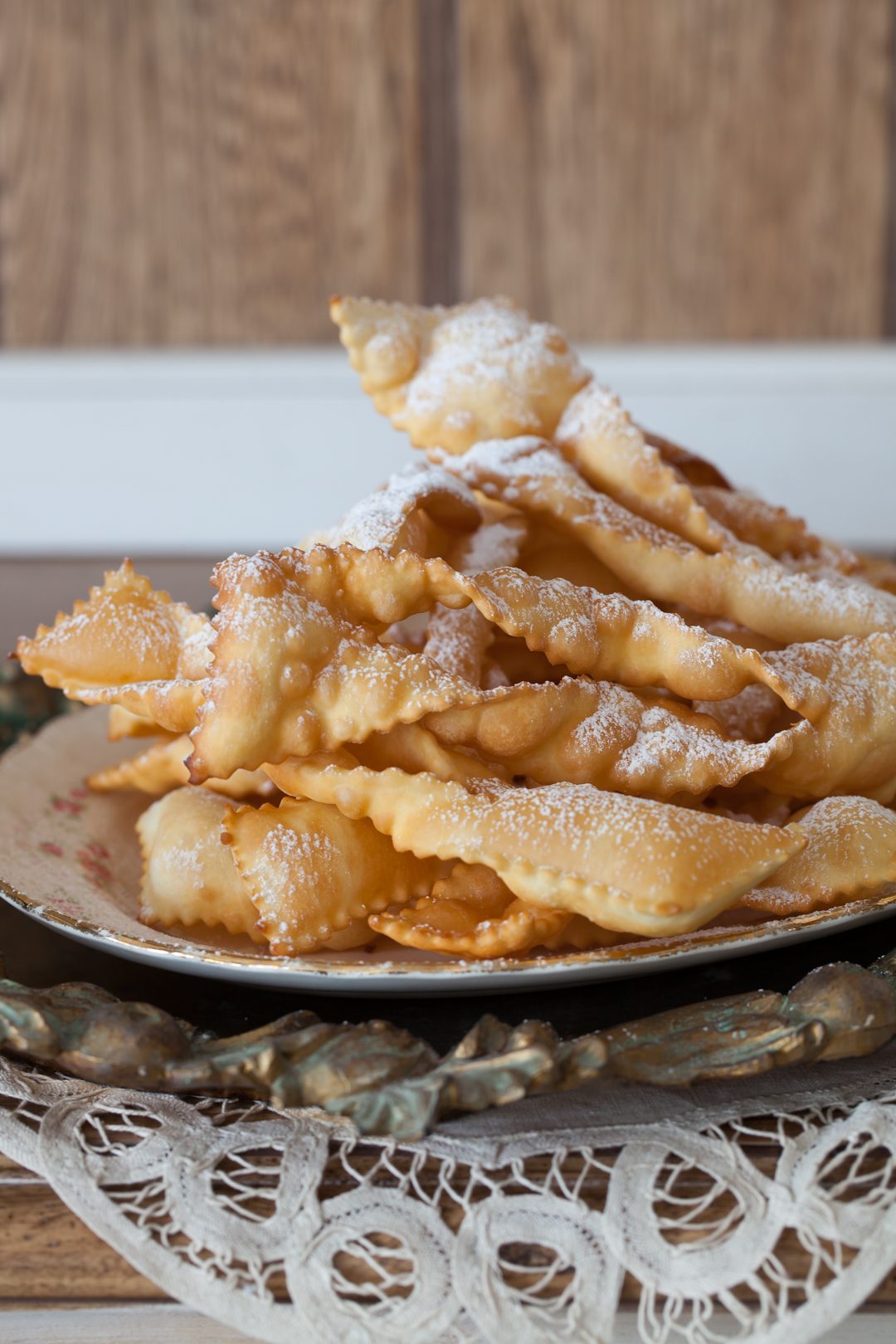 “Khvorost” (i.e. brushwood) is the Russian name of semi-dessert deep fat fried pastry. It originates from Southern Russia of 17th century where bakers have borrowed it from Greek cuisine. In second half of 17th century it has spread to regions of Ukraine where local cooks and bakers come up with their versions of this pastry. They named it “verguny” which is quite popular Ukrainian dish. Into Russian cuisine itself, into kitchens of St. Petersburg and Moscow, “verguny” has arrived in second half of 19th century and become liked primarily by inhabitants of large urban areas due to easiness of cooking and for being unpretentious product. At the same time Russian word “khvorost”, i.e. brushwood became a nickname for the dish, due to its crunchiness, but obviously not due to the taste.

Today in Russia everyone knows and likes “khvorost”, it is often cooked for the holiday table. I remember my mom making it – first twisting and braiding dough and then flying it in oil. We enjoyed eating it with tea and usually mountain of “khvorost” on the plate was going very fast. I hope you will also like these tasty and quick to prepare cookies! 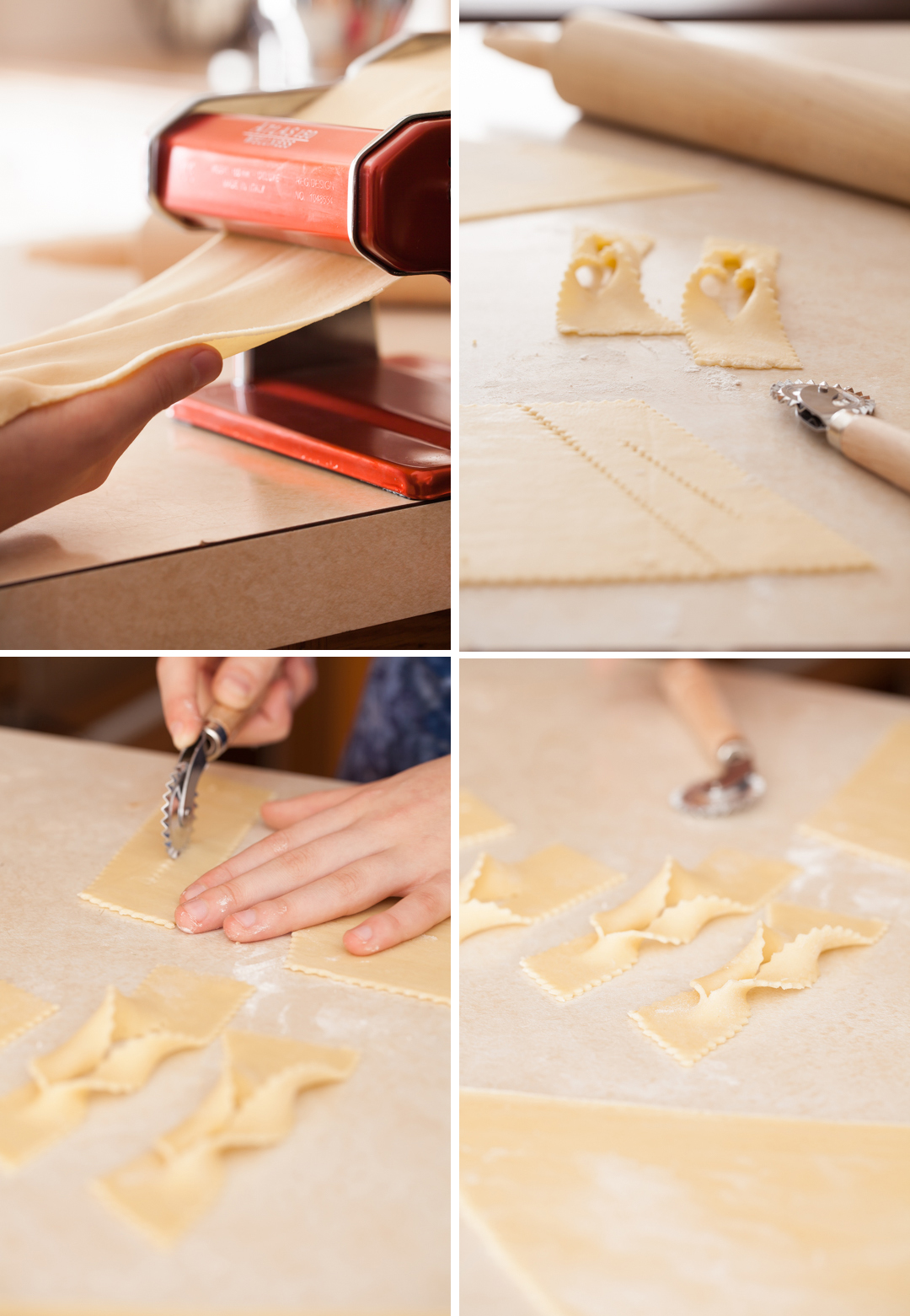 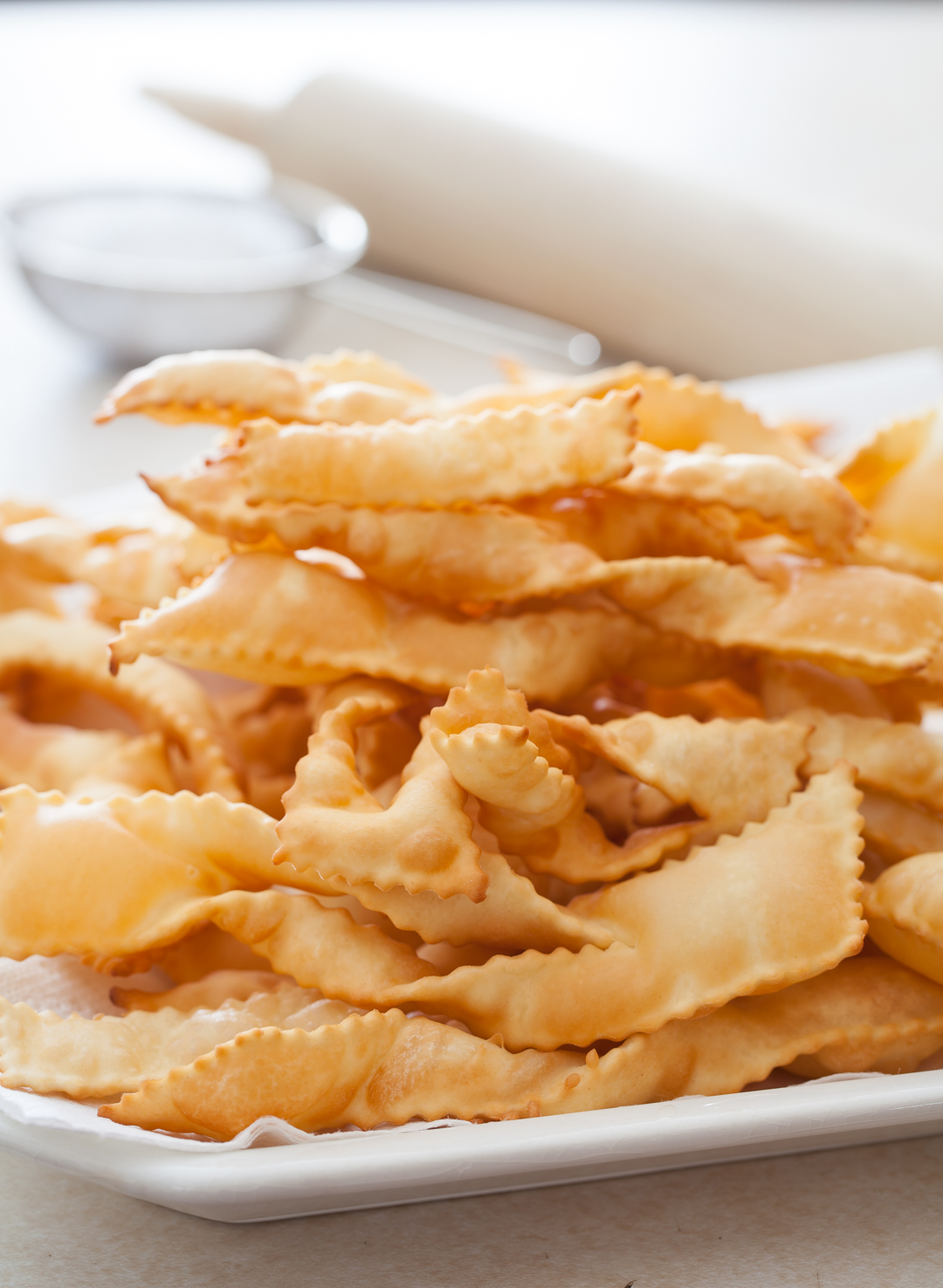 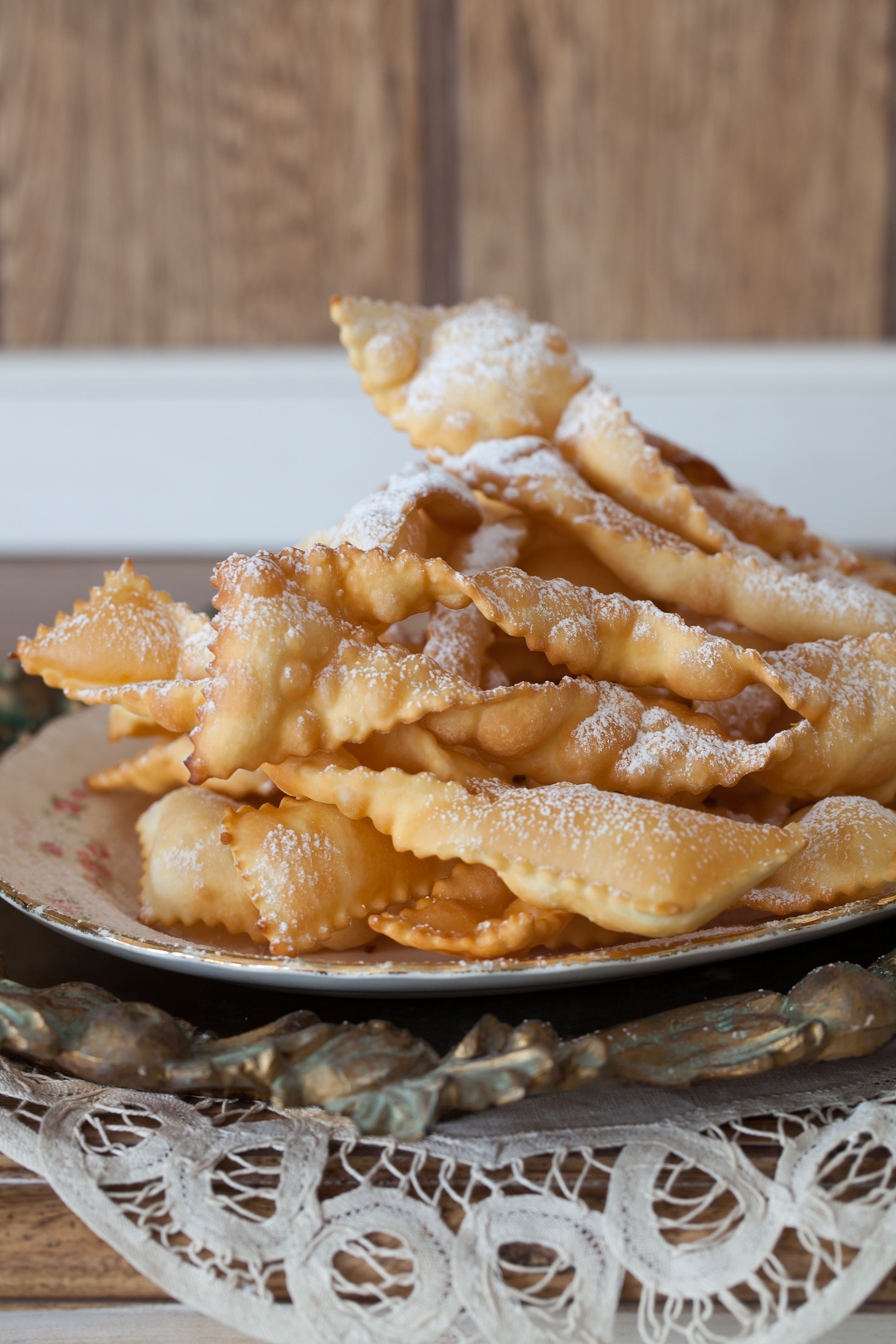 In the bowl of an electric mixer fitted with the dough hook, combine the eggs, sugar, vodka, sour cream and salt and beat on low speed for 30 seconds. Add the flour and beat until thoroughly combined, about 2 minutes. Turn the dough out onto a floured work surface and knead few times more. Cover and let it rest for 20-30 minutes.

Then, divide the dough into 2 pieces and roll out the dough until 1/10 inch using a rolling pin or pasta machine. Or roll out by hand on a floured board to 1/8 inch thickness. Use a knife or pasta cutter cut out diamonds or strips. Make a slit lengthwise in the middle of each and pull one end through.

Fry the dough in boiling oil. The dough should be completely submerged in the oil for 10-20 seconds, turn ones. Once golden, remove the khvorost using a slotted spoon and place them on parchment paper.

Dust the khvorost with powdered sugar and serve. 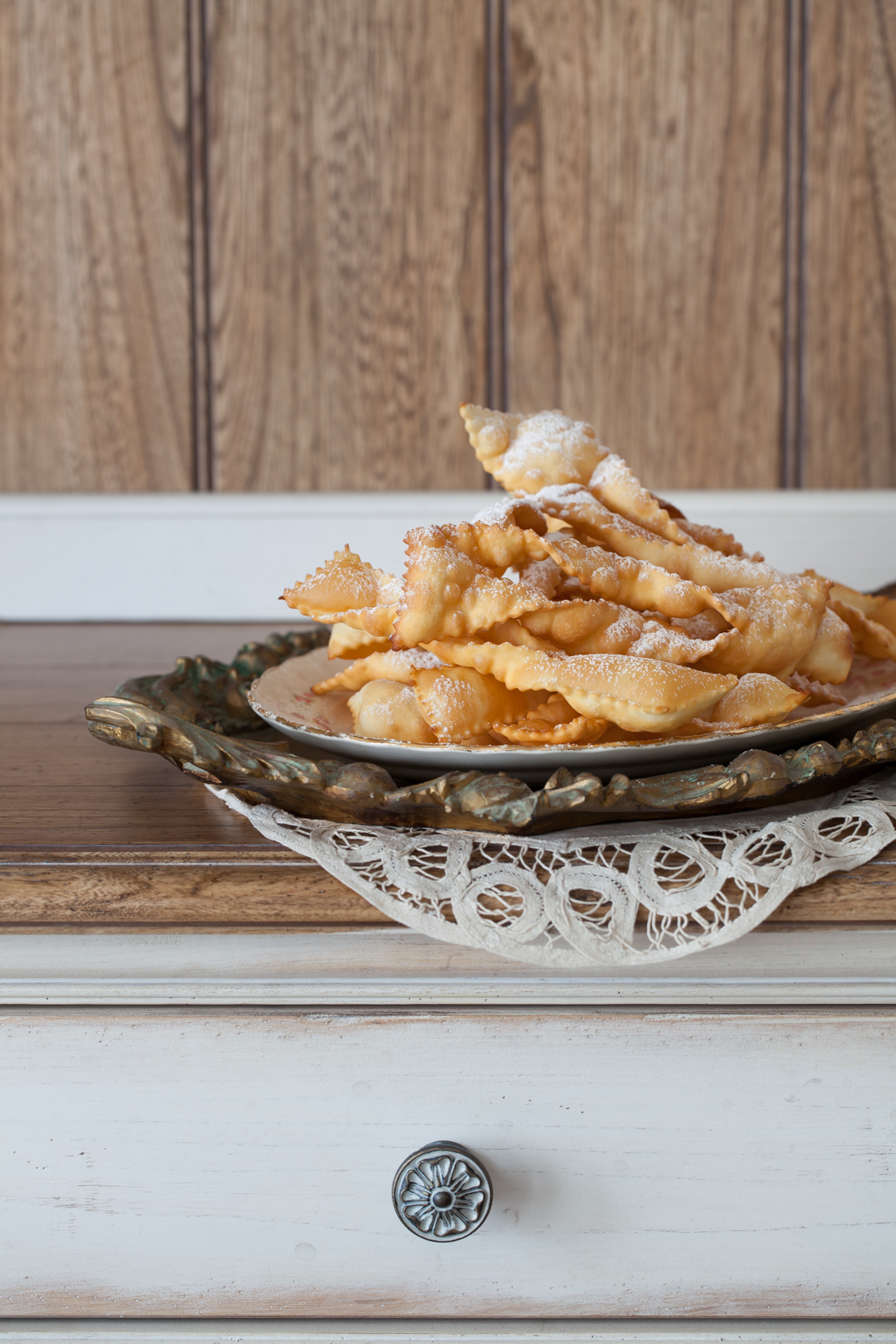 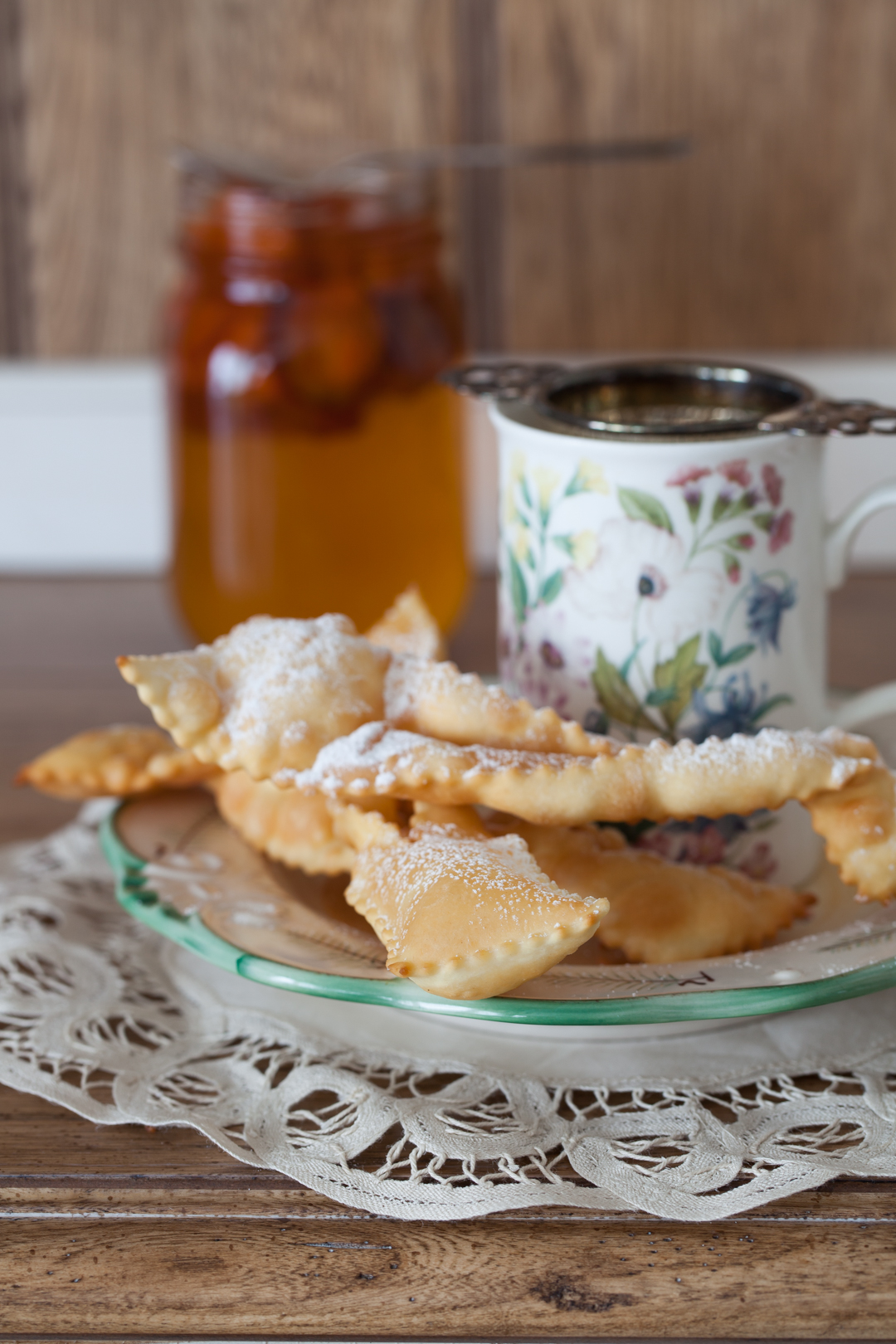 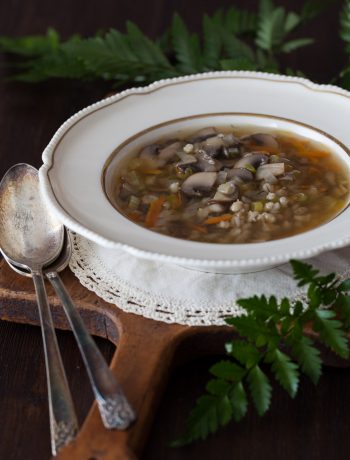 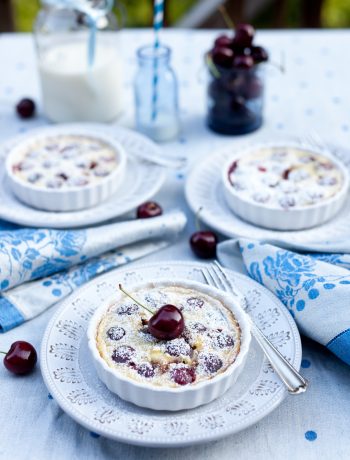 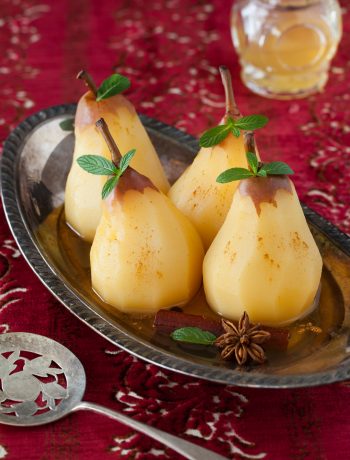