“Apples go back thousands of years, with varieties coming from all over Asia and the Middle East. The Romans took apples with them when on conquests, so seeds were spread throughout Western Europe, and by the time Columbus sailed for the New World, apples were the most important cultivated crop in most Europe.

American apple history begins with the Pilgrims bringing seeds with them from England in 1620. The Jamestown settlers also listed apple seeds among the provisions that they brought to the colony. By 1741, New England was exporting apples to the West Indies. The American apple industry was underway.

As people began moving west in America, so did the apple. The seeds were carefully planted along the trails so that those who came behind might find refreshment.”

From The Frugal Gourmet Cooks American

Chicken hearts are really delicious and super tender. They do taste just like dark meat chicken, but even more flavorful. 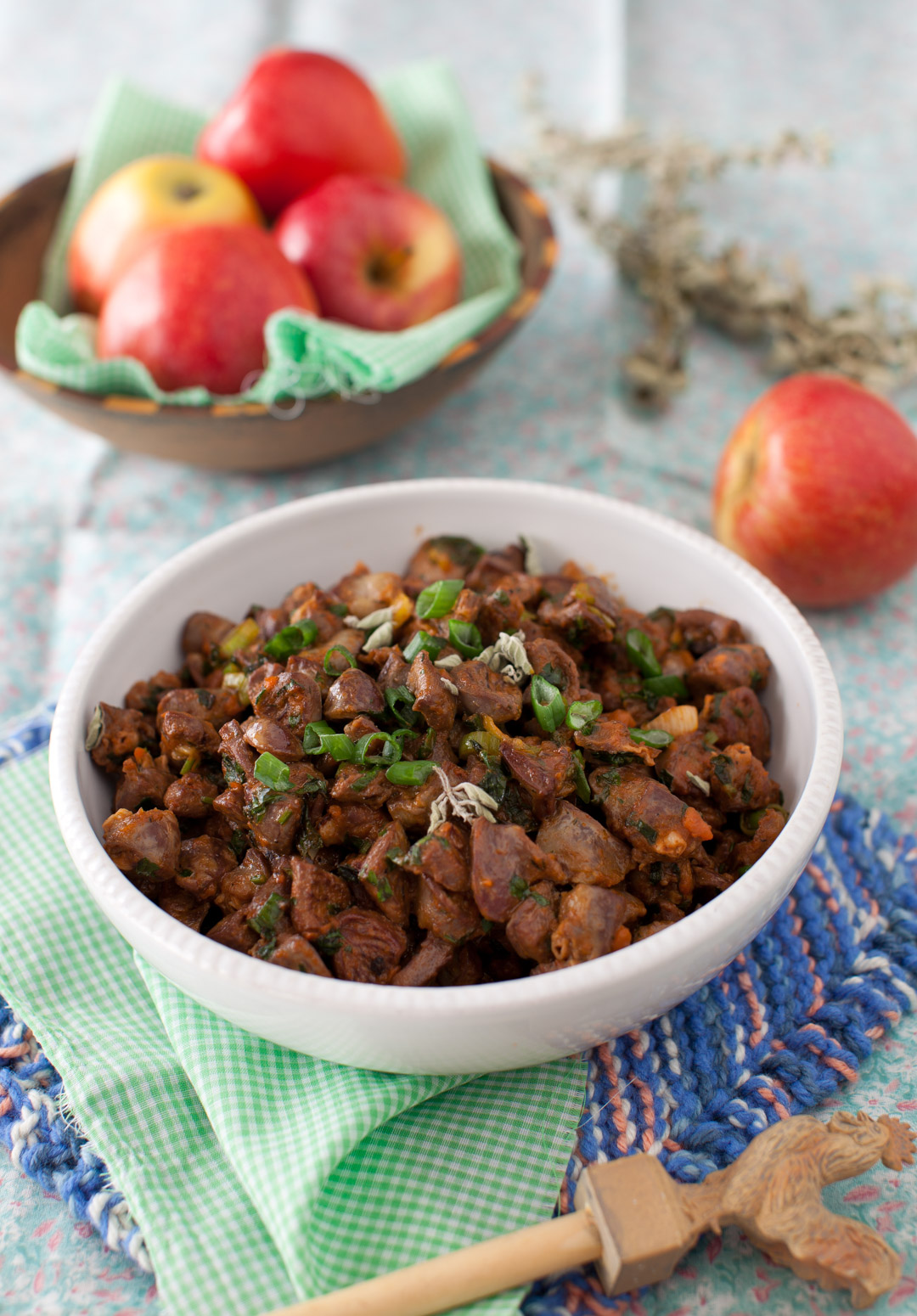 In a sauté pan over medium heat, heat the olive oil.

Add the garlic, onion, and carrot and sauté, stirring often, about 3 minutes.

Add the chicken hearts and cook until they beginning to brown, for 10-15 minutes more.

Add the apple, salt, and pepper and cook for another 2 minutes.

Transfer to a warmed serving dish, garnish with parsley and scallions, serve immediately. 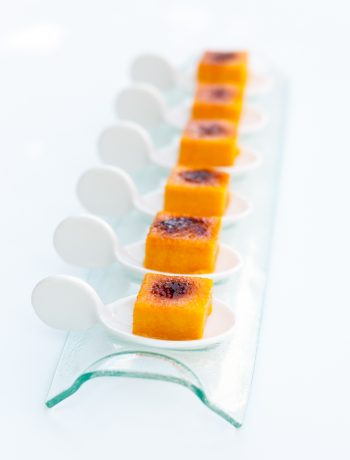 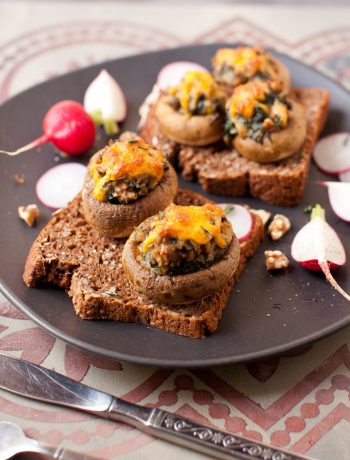 Stuffed Mushrooms with Spinach and Walnuts on Toast 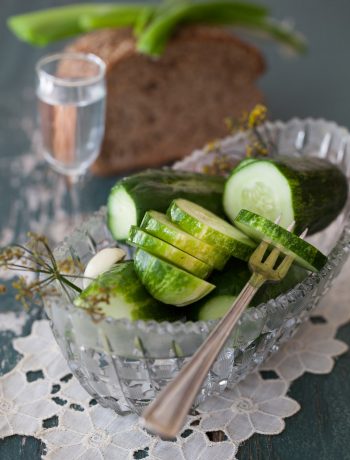