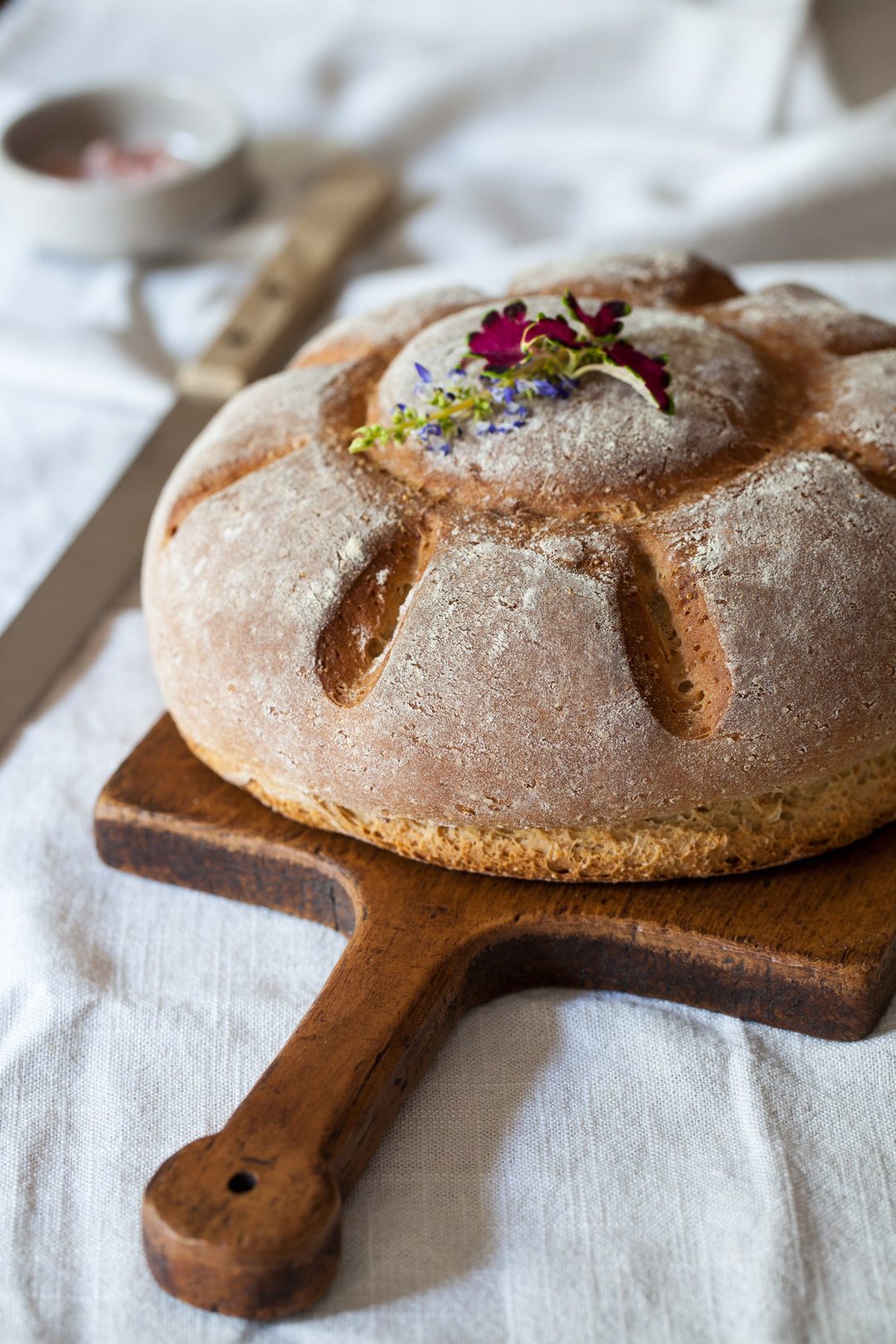 I made this bread using amaranth for the first time and it came out wonderfully! It has a bit of an “earthy” taste of “good old days”, but at the same time sophisticated enough to be served with French cheese and red wine. The crumb is soft and moist with tiny seeds. We had it after lunch with my  vanilla rum plum jam  and it was a perfect combination.

It would be difficult to find a bread more nourishing or flavorsome that this one.

Next, are the minerals calcium, iron, and magnesium. In this mineral area, amaranth is much more like Swiss chard than wheat. It contains about four times as much calcium as wheat and twice as much iron and magnesium.

Whole Grain Amaranth (a-mah-ran-th) is an ancient “grain”. And being thousands of years old doesn’t keep this “grain” from combining with other ingredients to create delicious flavorful bread. 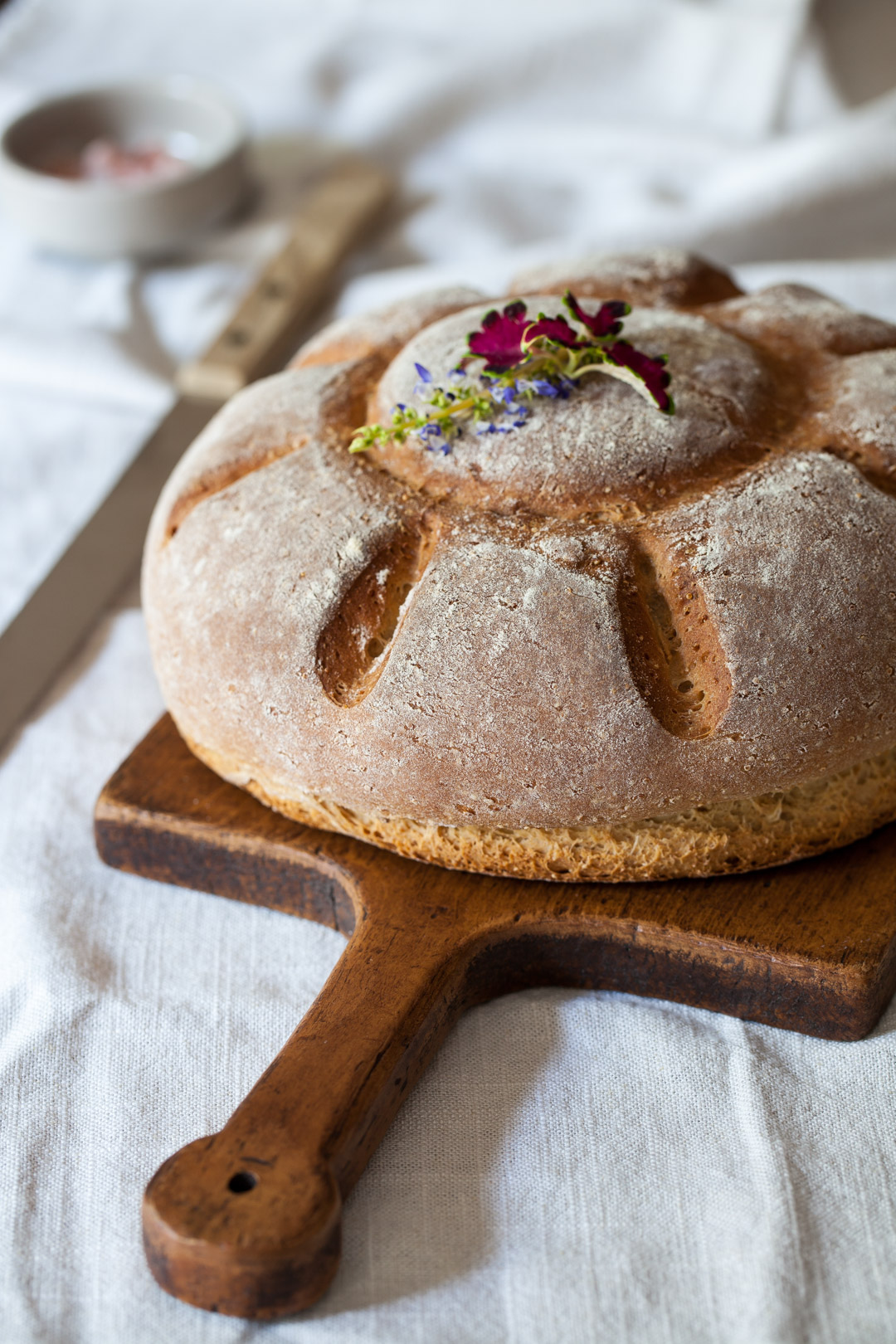 In a medium saucepan mix together amaranth seeds, salt, and water. Bring it to boil, and cook for about 10 minutes on low heat. Turn off the heat and let the mixture soak on the switched-off plate.

In a small bowl stir yeast and honey into the water and put it aside for 15 minutes.

Mix the flours and salt in a bowl, made a mold and pour the yeast mixture in. Stir the flours and yeast together. Cover the bowl with a damp towel and let the dough rest for 15 minutes.

Stir milk, butter into cooked amaranth and add it to the dough. using an electric mixer fitted with the dough hook knead the dough for about 5 minutes. Cover the bowl with a damp towel and let the dough rest until doubled in volume.

In a lightly floured surface form the dough to a ball, then put it on a baking sheet. Let it rest for 10 minutes. For the decoration, you can insert a drinking glass in the middle of the ball, cut the loaf with a very sharp knife radial 8 times, remove the glass. 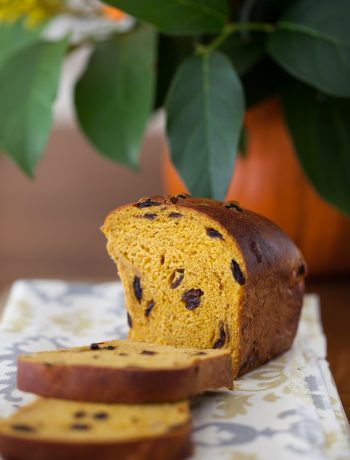 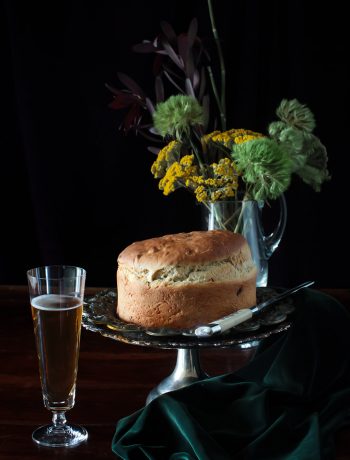 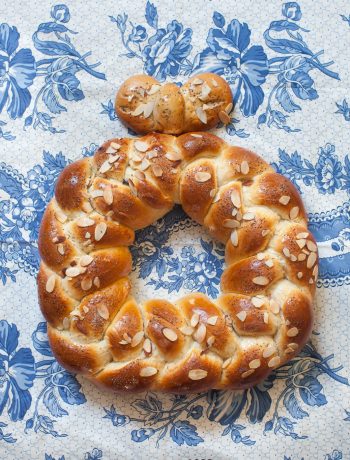