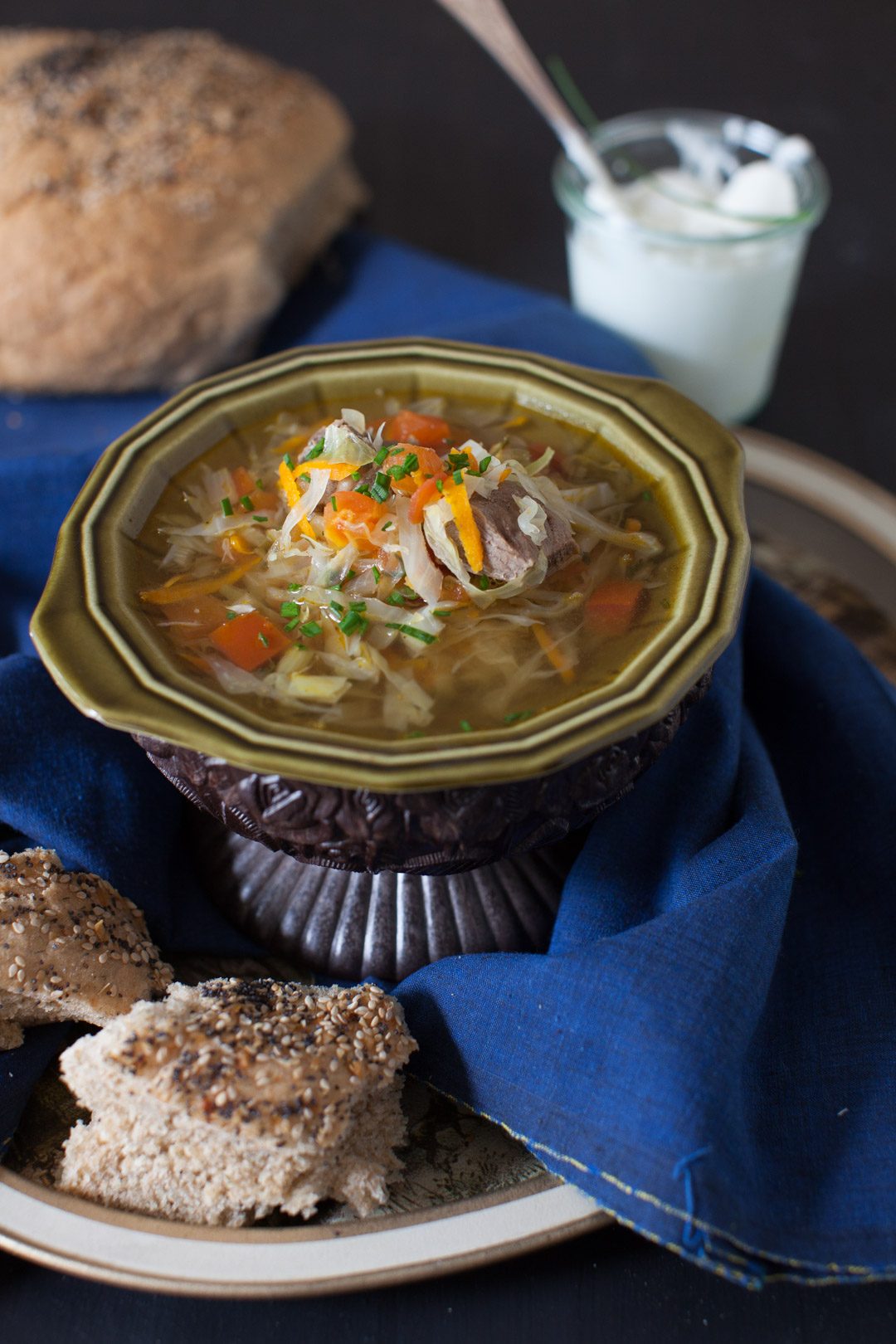 Last Sunday, at bloggers conference in Orlando, when people were finding out I was born in Russia they have been asking if I have any recipes of Russian cuisine on my blog. Apparently, I had none. I just thought that on the internet there are plenty of recipes of cabbage soup (pronounced as “sch-ee”), cabbage rolls (“go-lub-tsy”) and perogys (“pee-ro-gee”). There are tons of these things around I would not dare to say final products look really attractive. On the way home I have been thinking about all of this, about my hometown of St. Petersburg, about my mom’s home cooking and the fact that I have graduated from the Culinary Arts Institute years ago particularly in my hometown and not at any other place. I would love to stay close to my roots and I feel that my cultural background comes out anyways in all of my creations – recipes, photos, and illustrations.

My blog is a collection of all kinds of recipes, images of beautifully served dishes, and the main purpose is to serve as a source of inspiration for anyone interested in the culture of cooking and serving food. I have decided to start a new section dedicated to Russian cuisine. Since I am also an artist I will be able to present Russian dishes served in the most aesthetically pleasing ways. I will also write about the history of various recipes, the history of my hometown and traditions I remember from childhood.

Today, we start with the very traditional dish – cabbage soup, or “Shchi”. This is something my mom used to cook and I love this soup till this day and cook it for my kids. Generally speaking, shchi is a cabbage soup with a meat broth base. There are many recipes for it, two common variations use either raw or sauerkraut. Other veggies typically used in shchi are carrots, onions, tomatoes for color and taste as well as greens. Potatoes, turnips, and spinach are used quite often as well. Soup is served with pumpernickel bread, sour cream and greens.

History of Russian shchi is counted in centuries. It is a commonly accepted fact that shchi has emerged in national Russian cuisine in the 9th century when cabbage has been brought for the first time from Byzantium. The poor population had the luxury of eating meat only on very rare occasions if ever and hence the custom of adding pork lard to the cabbage soup has emerged. However, often people had to manage only with cabbage and onions. In spring dried mushrooms were often used as another substantial ingredient. Rye flour was used to add more density to the soup. Potatoes found their way into shchi in the 17th century while turnips were used for hundreds of years prior.

Shchi is considered a national Russian dish and there are many proverbs and sayings where shchi is mentioned. Shchi was something to invite guests for; it was a sign of hospitality. One of the major merits of shchi besides the taste is the fact that they are hard to get used to and I can’t imagine any of my compatriots who would never have shchi in his life. 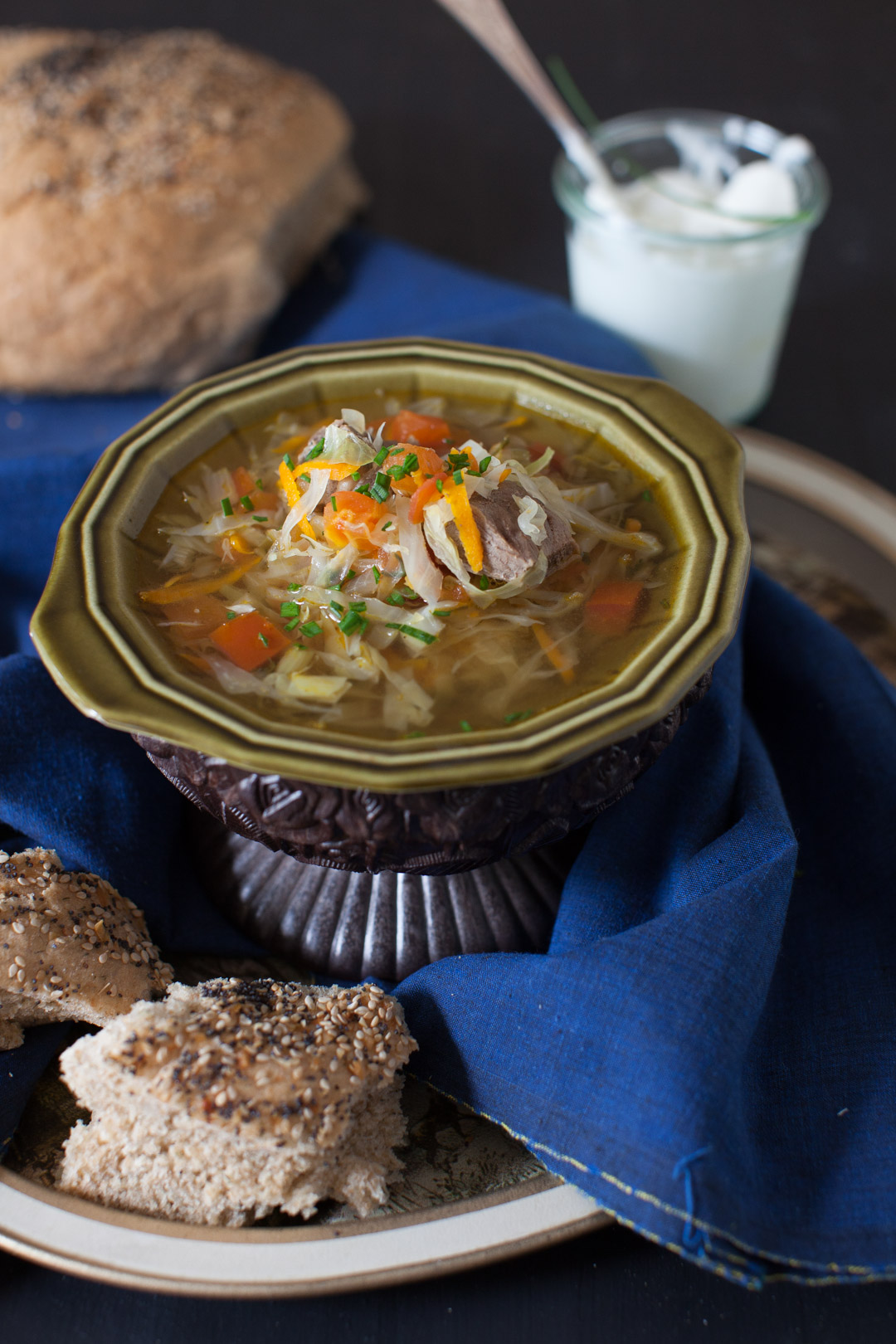 Put about 2 pints/5 cups of water and the meat in a large pan with the onions, garlic, bay leaf, clove and spring of thyme. Bring to the boil, lower the heat and simmer for about 1 hour, skimming as necessary, until the beef is tender. Remove the beef from stock. Strain the broth through a fine-mesh sieve lined with a paper towel or cheesecloth, then return to the soup pan together with beef.

Melt the butter in a large, heavy pan. Add the diced onions and carrots, cook over low heat for about 10 minutes, or until lightly browned.

Add shredded cabbage to the stock, bring to boil, then reduce the heat and simmer for about 10 minutes. Add onion-carrot mixture, and cubed tomatoes. Season the soup with salt and black pepper to taste. Simmer for about 7-8 minutes more. Add fresh dill.

Ladle the soup into warmed soup bowls and serve with chopped chives and sour cream. 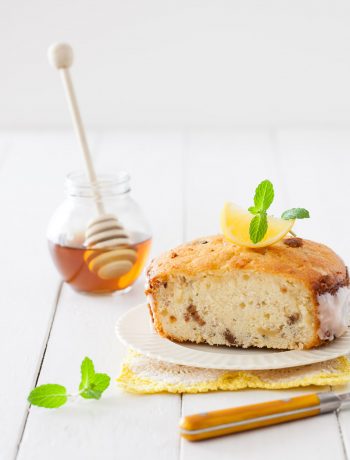 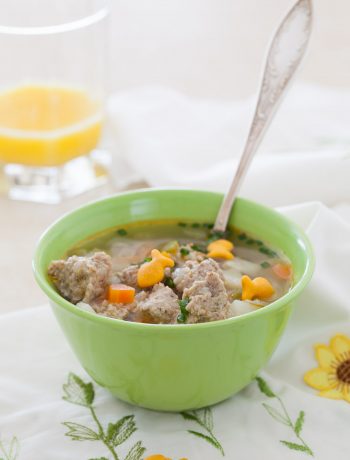 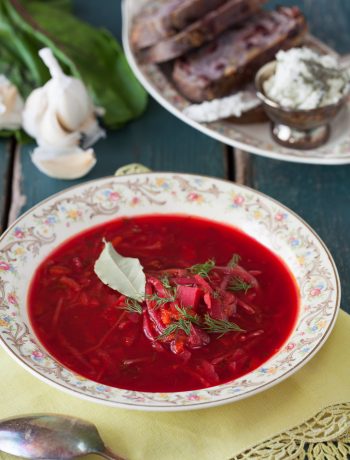